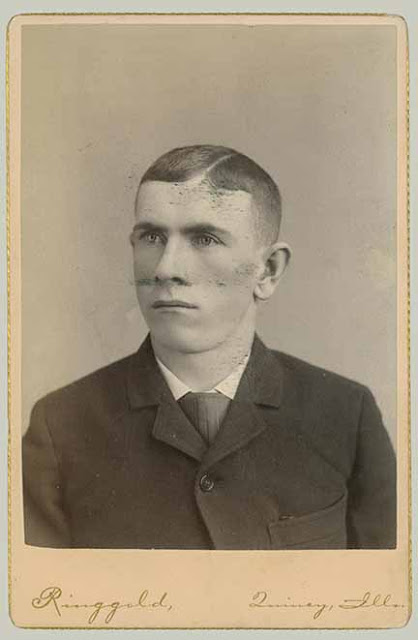 In 1891, James and Flora are both listed as photographers in the Quincy city directory.

In the 1894 city directory, he alone is listed but with no occupation shown, and they have moved next door to 521 ½ Hampshire. (Or perhaps it is just a misprint.)

In 1896, James is listed again as a marble carver. In 1898 the city directory lists him again a photographer back at 525 ½ Hampshire, but NOT in the business pages, meaning he was probably working for another studio.

No subsequent documents mention either of the couple as photographers.

It looks like the Ringgold Studio operated from about 1885 through at least 1891. About six years. If you have a Ringgold cabinet card, it is one of a relative few. Few other examples have been found. 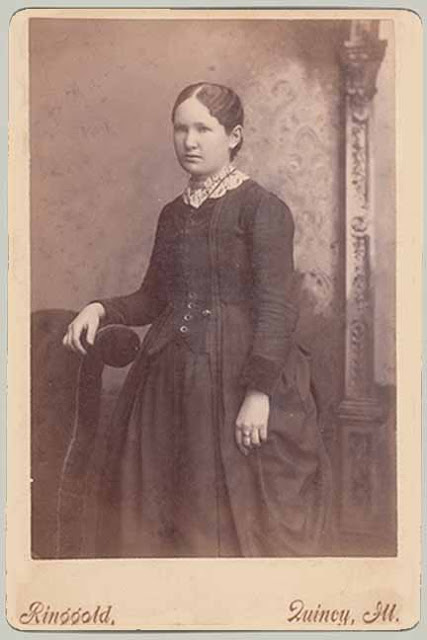 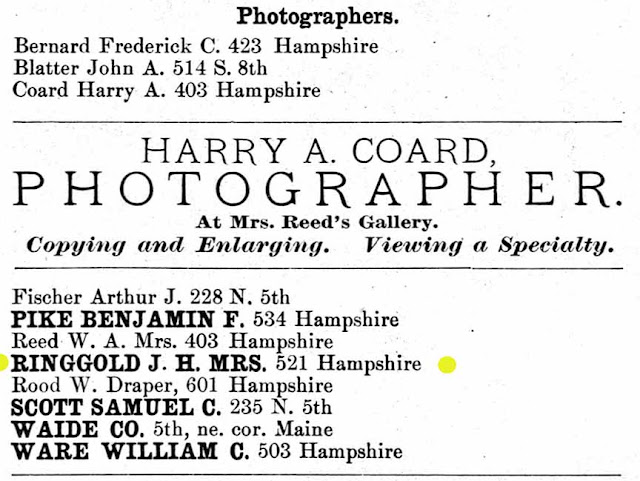 This is the list of photographers from the business section of the Quincy, IL, city directory of 1889.

The Ringgold Studio is listed as
Mrs J H Ringgold
521 Hampshire (the publisher omitted all of the "1/2" designations from the addresses, for some unknown reason.)

Note here also at 403 1/2 Hampshire, in the next block, is Mrs W A Reed. This would be
Candace McCormick Reed.