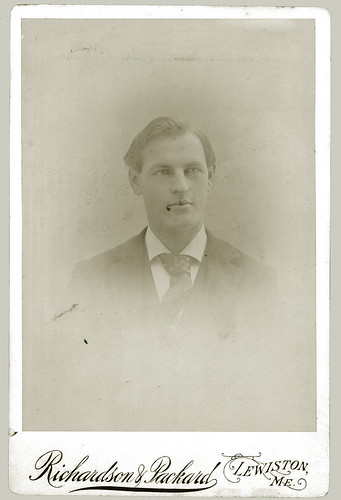 E. W. Packard was a photographer only briefly around 1893 when he was 23. He had just married Ida Richardson, and Joseph Richardson, a multifaceted businessman became his father in law. By 1896 Packard is working as a salesman and no record after that lists him as photographer.

This cabinet card was probably finished in 1893.