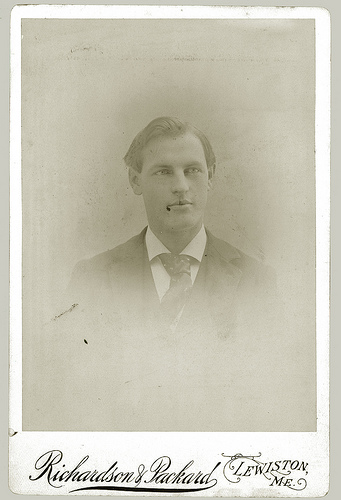 
Elbridge Walter Packard
(21 Apr 1870 - 16 Jul 1949)
E. W. Packard was a photographer only briefly around 1893 when he was 23. He had just married Ida Richardson, and Joseph Richardson, a multifaceted businessman became his father in law. By 1896 Packard is working as a salesman and no record after that lists him as photographer.

This cabinet card was probably finished in 1893. 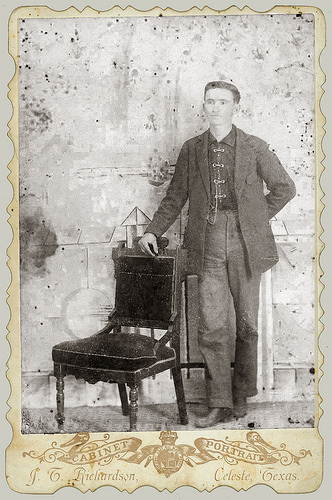 Note that the shape of the card, the banner, font and style of the imprint are all identical with a card of J. B. Stanford. (See example at right.)

Stanford worked in Farmersville, TX, as a photographer between the years 1902 and 1948. 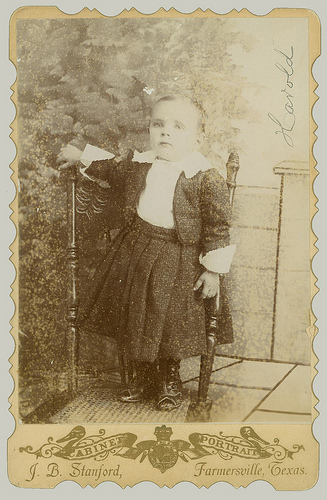 
At the left is an example of a cabinet card finished by
Joseph Bismark Stanford,
who was in the photography business the longest of the Stanford Brothers. (See listing under Stanford.)

Note that Farmersville, TX was just 15 miles by rail to Celeste, TX. The rail line no longer exists.