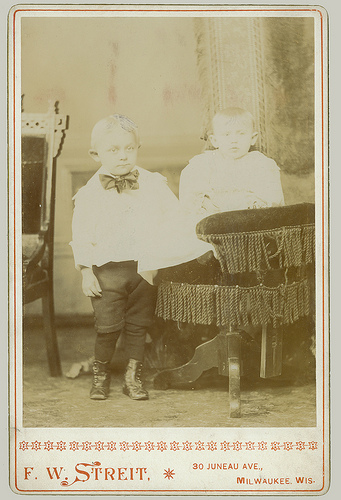 
Here is a paragraph from a website called LinkstothePast taking the Frederick W. Streit biography up to about 1874.

“F. W. STREIT
Photographic artist, was born in 1842, in the Rhine Province; he studied and practiced photography in the City of Trier, Germany from 1862 to 1865; emigrating then to America, he located in Chicago and practiced the art there until 1874, when he came to Milwaukee and became successor to C.M. Haase in his present studio at No. 320 Third street.”

Most of the time line was assembled from city directory listings. Although the name changed often from Fred William, to W. Frederick to Frederick W. and some other variations, the continuity held consistently through the addresses and the result seems fairly accurate.

This cabinet card must have been finished between 1887 and 1904. 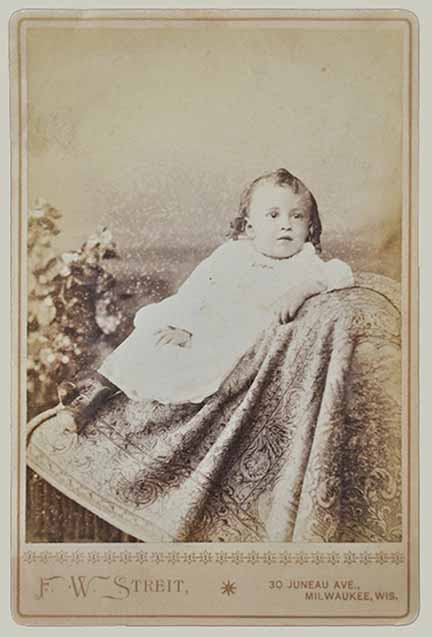 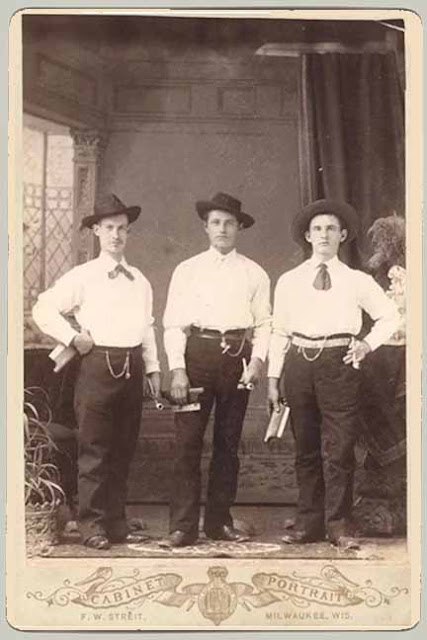 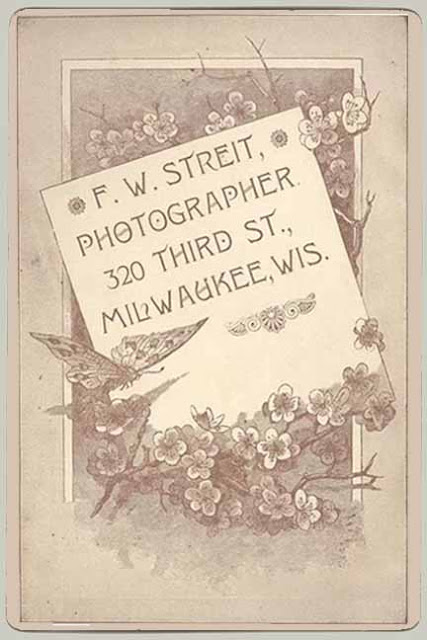