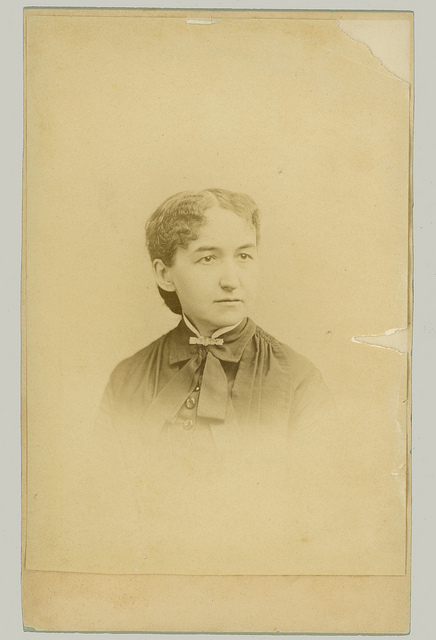 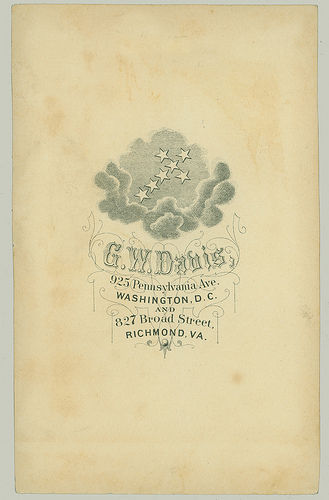 The reverse of the card on the left.


G. W. Davis is mentioned often for the hiring of James Conway Farley, a prominent black photographer, at a time when that was unusual. He is also said to have fired other employees who objected. No biographical information has been found. 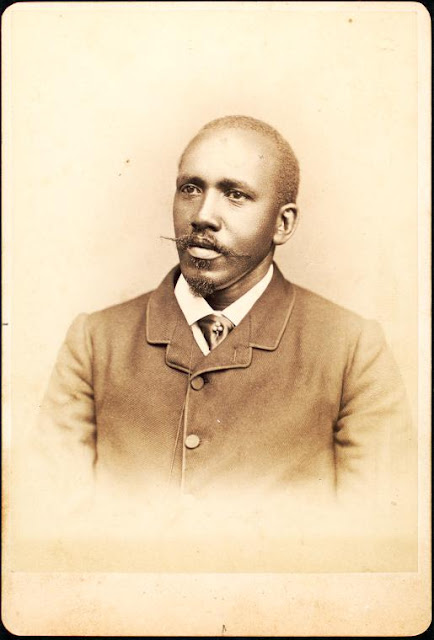 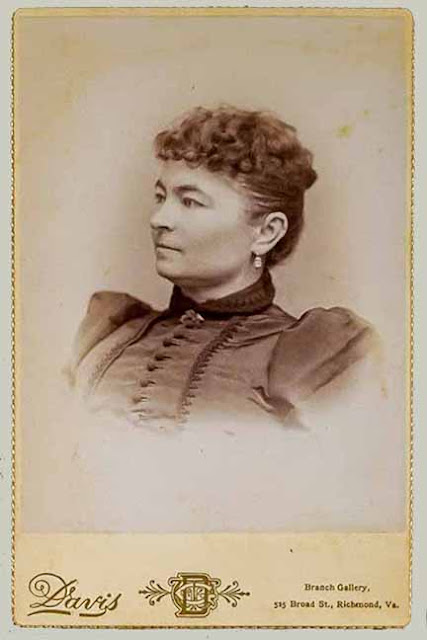 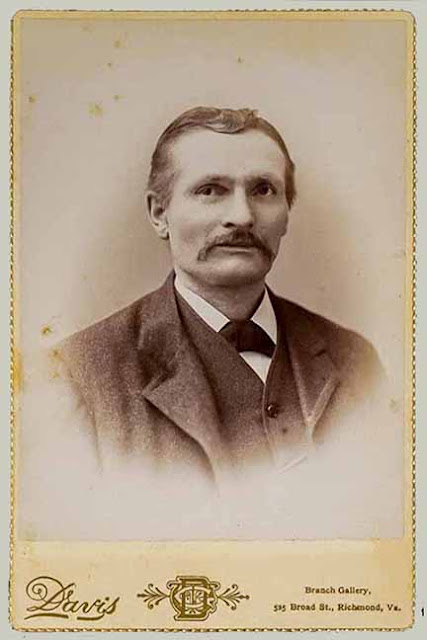 Could this be the J C Farley hired by Davis in 1875? There is no given name or initials or a location shown on the imprint, so it is impossible to tell at this time.

There were four or five photographers named Farley. 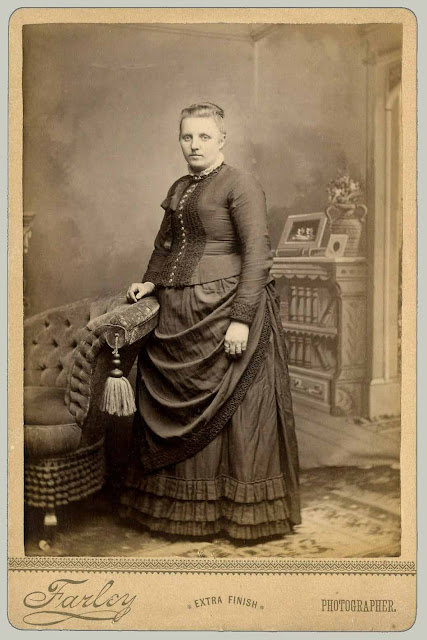 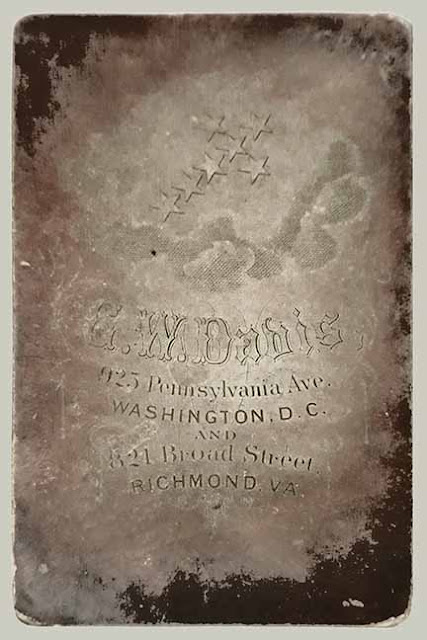 
The card a the right is possibly NOT the same Davis. Nothing has been found so far to place G W Davis at these addresses. However, this card is imprinted with the same CITIES as the other cards. 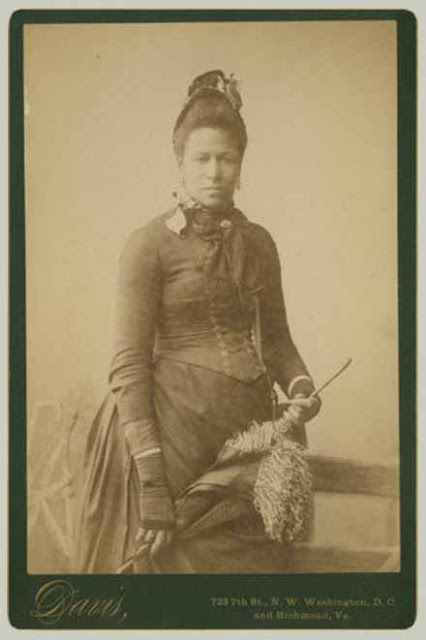