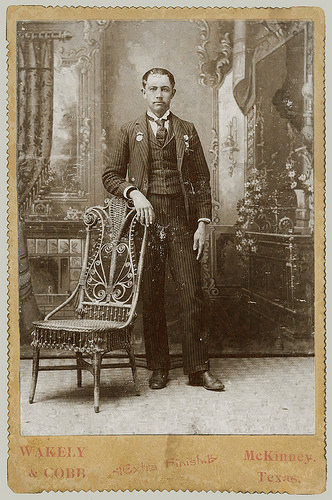 
Wakely seemed to move around a great deal, it appears his partnership with Cobb lasted from 1893 to 1897.

Nearly every document sets Wakely’s birthdate differently. The date settled on here is from The “England & Wales, Non-conformist and Non-Parochial Register 1587-1790” which seems to make the most sense.

There is little doubt that it is all the same George D. Wakely, however. His accomplishments and endeavors along with his known locations seem to tie it all to one person.


Timeline sources:
All data from US Census or City Directories. All news items are from the McKinney Democrat unless otherwise noted. The book “Pioneer Photographers of the Far West” - Peter E. Palmquist, ‎Thomas R. Kailbourn contributed some early dates and locations (Indicated in the timeline by “PPFW”)

1864
PPFW In Colorado at Montgomery, Blackhawk, Empire City, Garden of the Gods, Monument Valley
1864 May 19-20
PPFW Wakely photographs the flooding of Cherry Creek in Denver
1865
PPFW closes Denver, CO, gallery and travels to Washington, DC
1866
PPFW publishes photographic series as Stereographics: National Capital of US and Smithsonian
1870
arrives in US according to the 1900 US census (If accurate, it was obviously for the second time)
1870
PPFW operates photograph stock depot at 518 Walnut St Kansas City, MO, until about Nov 1871
1871
PPFW Omaha, NE as photographer
1879
PPFW as photographer in Leadville, CO
1886 Mar 25
Wakely was in Galveston according to a news item in the Galveston Daily news
1887
marriage to Etna Lawrence in Collin county TX 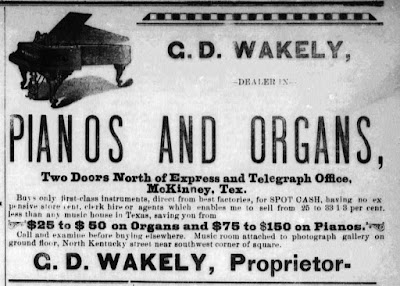 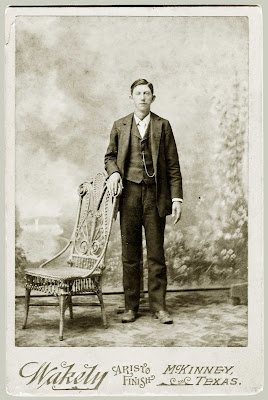 This example found on an auction site.
Note it is the same chair as in the
LOST GALLERY cabinet card at the top of the page. 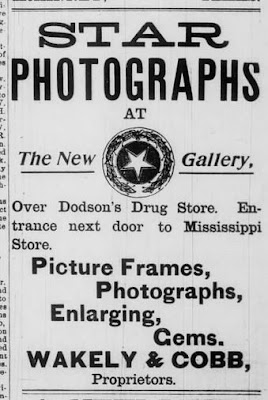 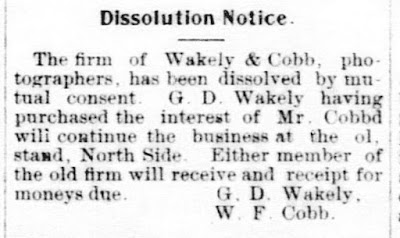 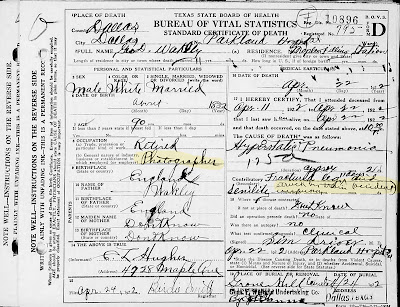 Just click on the picture for a larger version