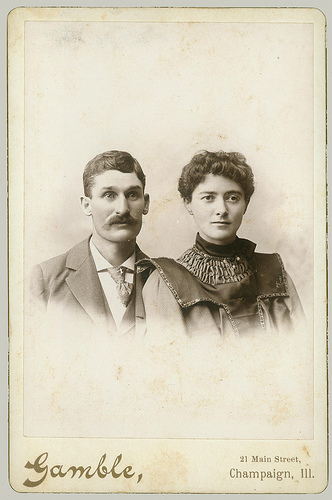 
George Robert Gamble
(Mar 1845 - 29 Nov 1928)
The available records are a bit sketchy for this photographer. Documents seem to indicate more than one George Gamble is involved because he appears to have moved around a lot and was married at least three times. But the records indicate a George R. Gamble working seven years as a photographer in Champaign, IL, and that seems fairly accurate.

At first it seemed that there might have been at least three men named George R. Gamble. But then some unusual ties began to develop.

Timeline
Some of the items below may not apply to the photographer here but, then again, maybe they do.
1845 Mar
G R Gamble was born
1860
US census both parents dead, living with Albert Chipman family in Yellowhead ,IL
1868 Dec 03
marries Elizabeth L Kratz
1869
news ad as grocer in Coshocton, OH
1870
US census as farmer in Limestone, Kankakee, IL
1870
son Roma Gamble born in Ohio
1871
daughter Marilla born in Ohio

The cabinet card here was probably done around 1900. 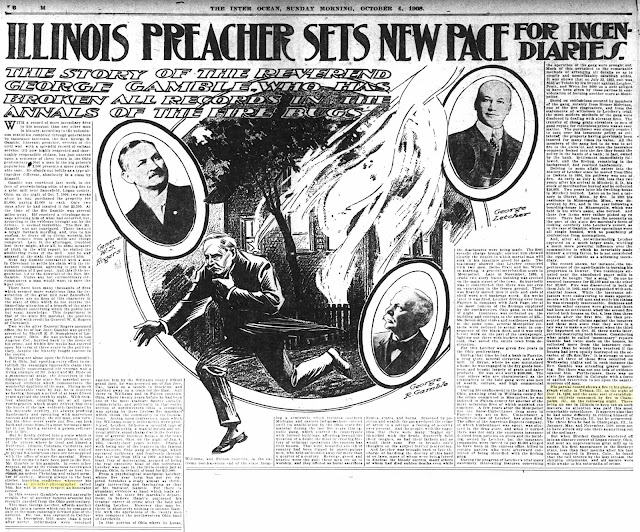 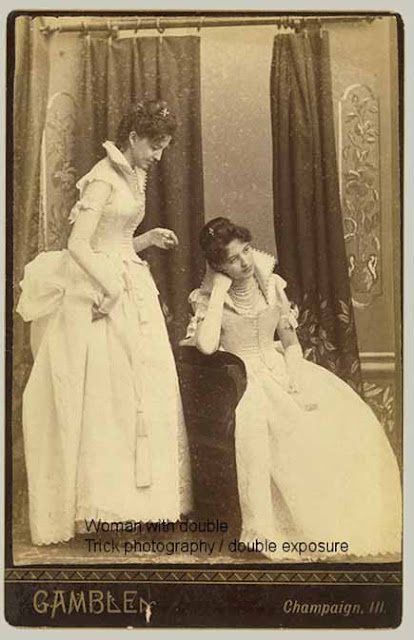 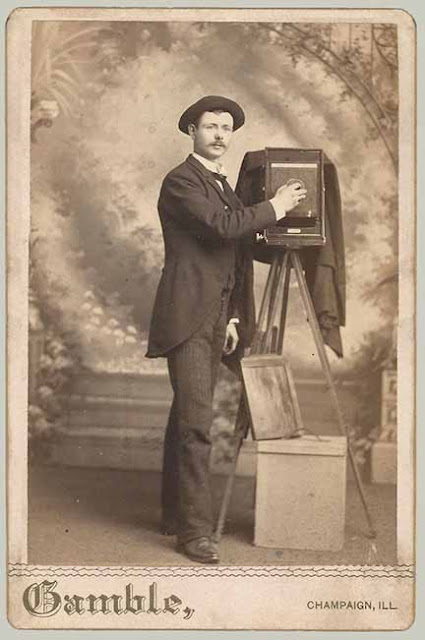 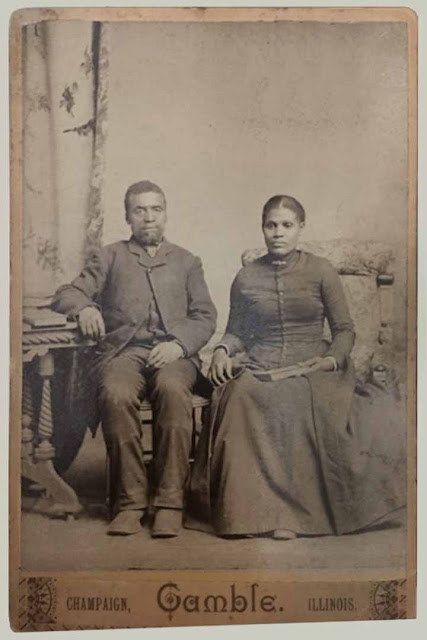