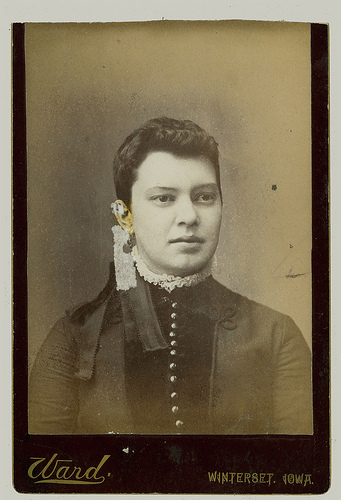 What he was doing and where he went before and after that is confused by the other photographers named George Ward. Are they the same? Did he move? Did he go out of the photography business?


One scenario suggests that George changed his profession to electrician and with wife Josephine moved to San Jose, CA. Age, wife's name, and birthplace match. The 1900 US Census hints this but the birthplaces of George’s mother and father don’t match with the 1880 census. It could be a mistake on the enumerator’s part or just the wrong George Ward.

Based on what information that does seem accurate and connected, George Ward was an active photographer in Winterset, IA, at least from 1880 to 1887.