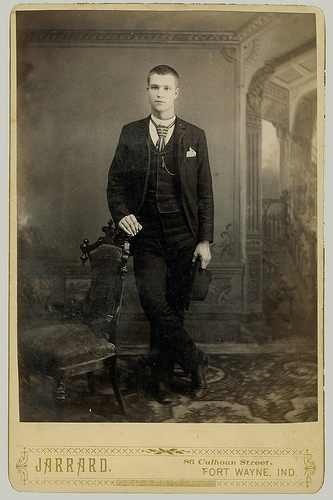 There are several items in Indiana newspapers about Harry Jarrard and his wife Emma.

His death still remains undocumented exactly. He was still alive for the 1920 US census which was enumerated January 05 of the year. He must be presumed deceased by Feb 05 1921 when his wife was advertising her own studio, which she had not done before. Although Jarrard’s last will and testament was written and witnessed 21 Aug 1919, it was not registered in probate record until 18 Mar 1924 three years after his death.

Note also when dating work by Jarrard studio, the imprinted name probably continued after his death while his wife Emma was running the studio. The changing studio addresses should probably pinpoint the date.

The cabinet card at the left was probably done in 1886 before his move to 88 Calhoun Street. 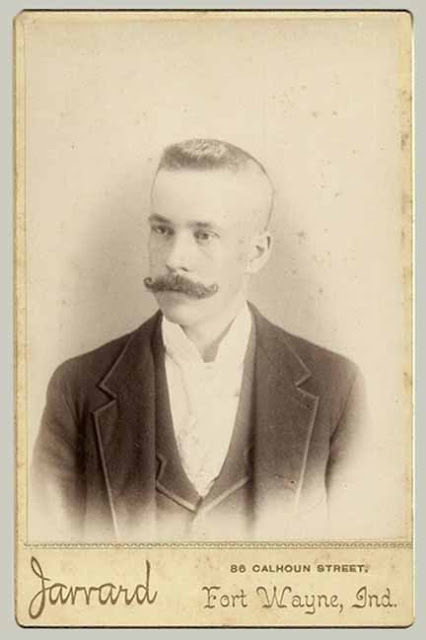