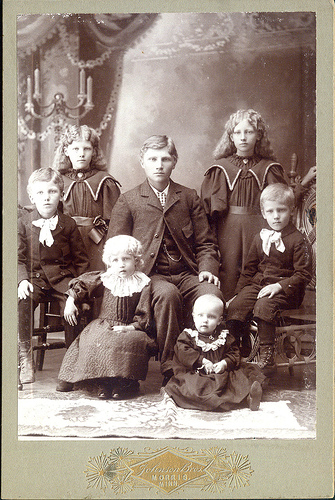 
The area of Minnesota, US, has always been considered an area settled predominantly by Swedish immigrants. The city and citizen names seem to reflect this.

As one might suspect, there were and are many people with the surname Johnson living in Minnesota between 1860 and 1900. In one Saint Paul, MN, city directory alone, there are 27 Peter Johnson’s listed.

So far three photographers named Johnson have been found in the right locale, at about the right time, but none of these it seems, with a brother also in the photography business.

Following the lives of each of them turned up a few possibilities but nothing very reliable.