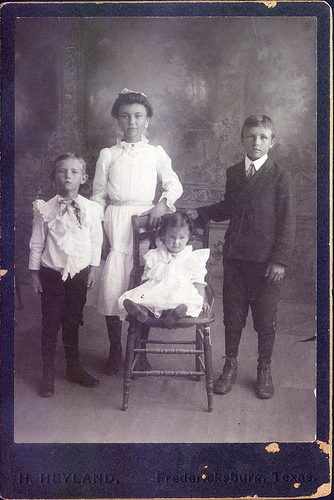 Herman Heyland was born in Cologne, Germany, in 1861 and migrated to the US in 1872 or 1882 or 1883, depending on which census you want to believe. His earliest US record found is his marriage in Fredericksburg, TX, to Louise Heimann 13 Jul 1892. He appears to have remained in Fredericksburg until the 1920 US Census where his address changes to Blanco, TX. He dies in 1936 in Converse, TX.

This cabinet card would have been made between about 1892 and 1910. 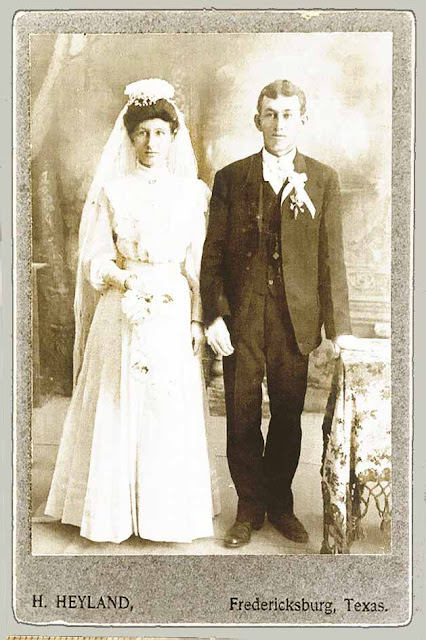