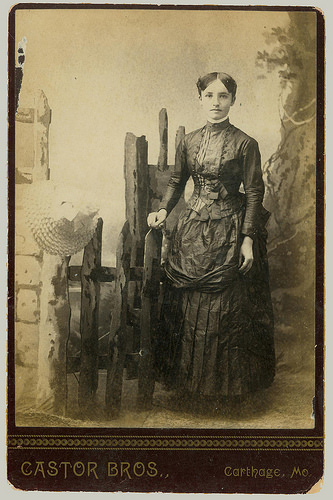 
William H. Castor was a full time photographer. He changed cities three or more times in his career. He was joined temporarily by one of his brothers from about 1892 to 1900 but no records have been found to say exactly how long this lasted. Newspaper items show he worked in Carthage, MO, in the year of 1899 and the 1900 US census also places him in Carthage. Then by 1901 he is in Denver, CO

Of William’s 8 brothers, only Robert would be the possible brother in “Castor Bros.” and he was in Carthage for sure in 1892. The 1900 US census shows Robert has moved to Marshall, OK and William Henry in Carthage, MO, but he was in Denver by 1901.

The card at the top would have been finished between 1892 and 1900 when both brothers were living in Carthage, MO. The color and style of the card would indicate a date closer to 1900. 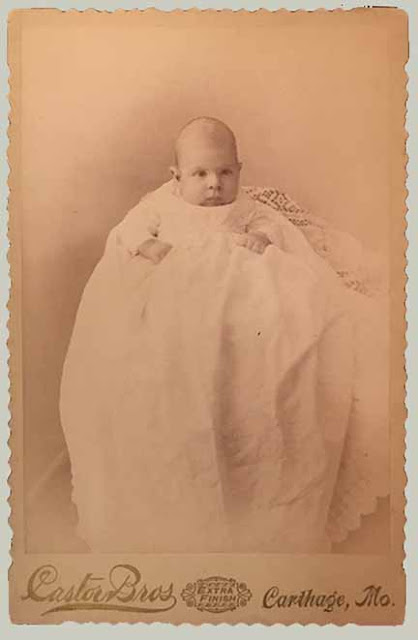 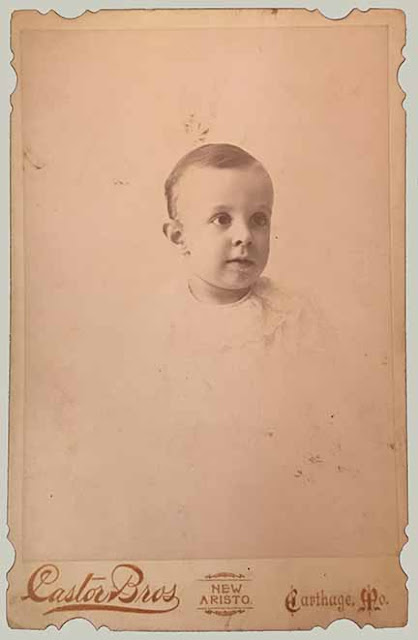 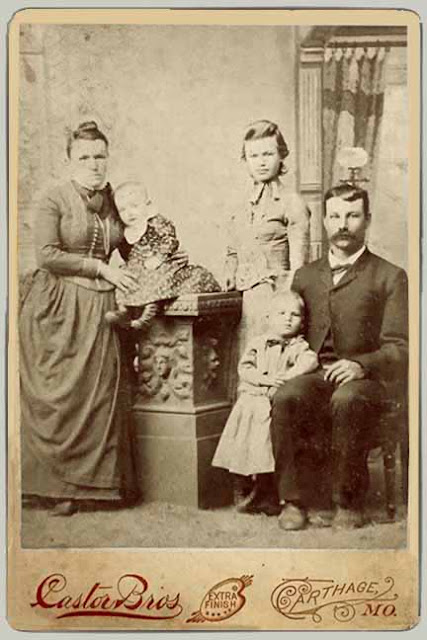 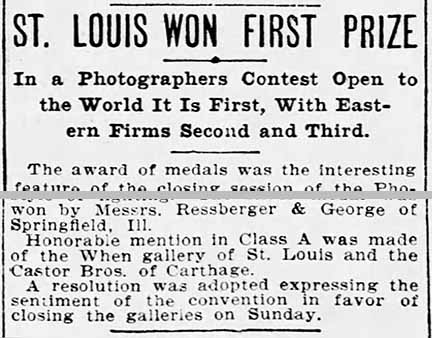 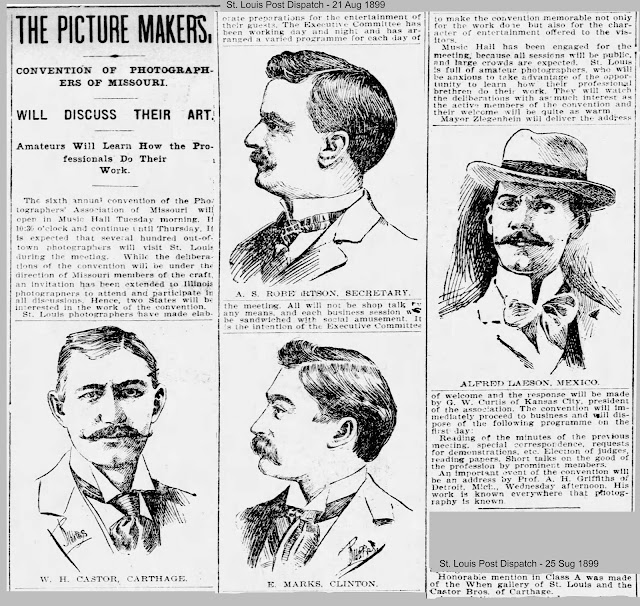 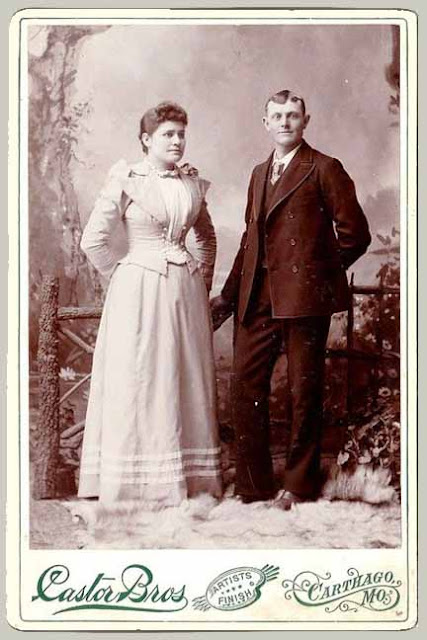