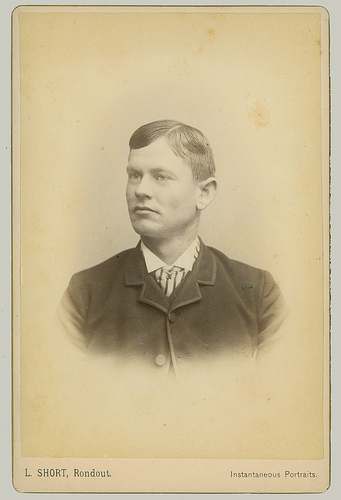 All data from US Census and city directories.

After her father's death, Isabelle Short carried on the studio under the name Short's Studio.

So the cabinet card at the left could have been done any time between 1873 and 1927 but probably before his daughter Isabella started work in the studio in 1900. That would be about the time the studio name changed to Short's Studio. Their studio was always somewhere in Rondout, a suburb of Kingston, NY. 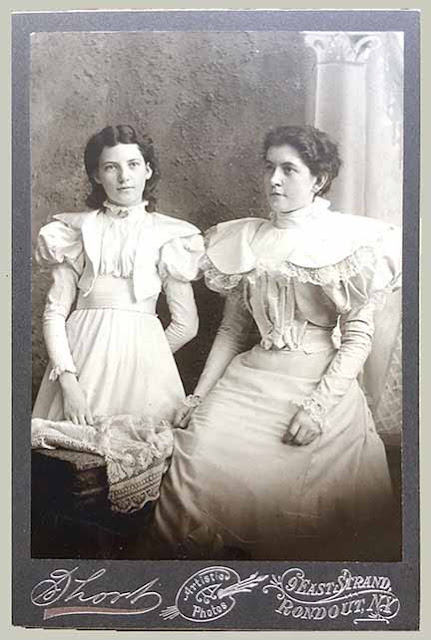 photographer: Short
9 Est Strand, Rondout, NY
example from auction site
(could have been finished any time after 1894 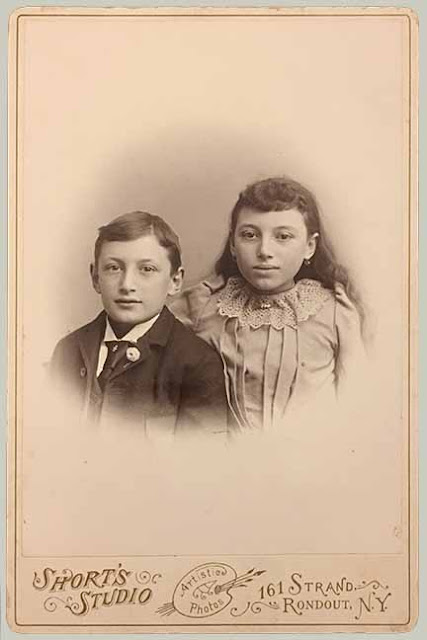 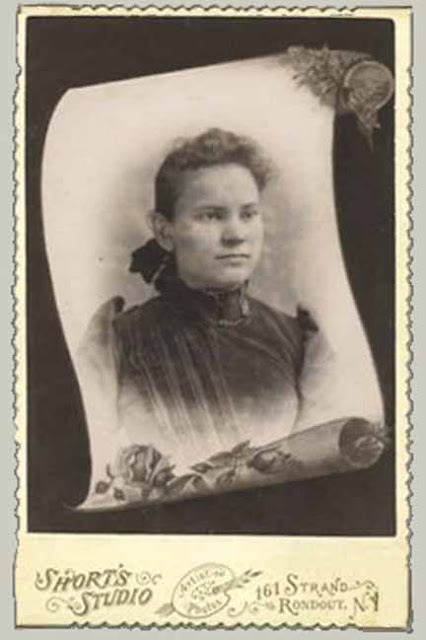