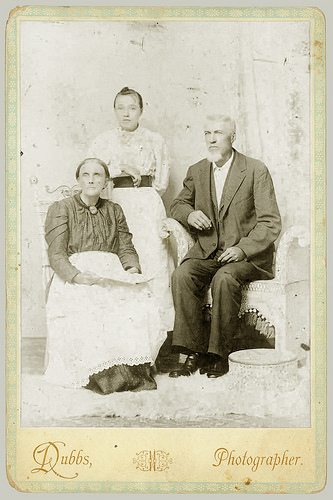 
It might seem that this would be a difficult photographer to trace since all the information available was a last name, Dubbs. However there is a lot of information about John Howard Dubbs available and it appears there was only one photographer by that name in the cabinet card era.

The documents show Dubbs as photographer from 1887 to 1910, then into other occupations from 1914 through 1918. Then from 1920 to 1930 he is back working as a photographer. Cabinet cards were losing popularity after 1910 so it’s a good guess that the card here was finished during the earlier work in photography. Considering the rounded corner cut of the card itself, this card was probably made around 1900 in Ohio.