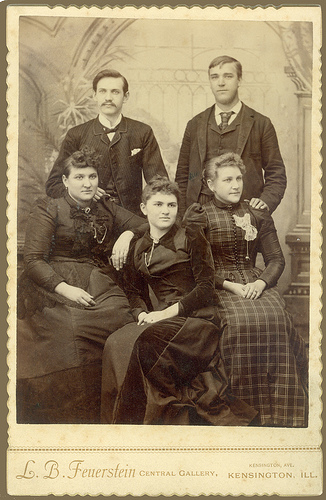 This is a difficult search because there seems to be no place named Kensington, IL, today. Apparently, in the early 1800’s it was a small railway suburb of Chicago and was absorbed by three other suburbs over time. Today, only a major street, Kensington Avenue, is all that remains.

In that era, there are several listings for L. Feuerstein, L. B. Feuerstein, Louis Feuerstein and Leander B, Feuerstein. All were in the right area, one even addressed on Kensington Avenue. All were watch makers and jewelers except for Leander who was a saloon keeper. Any of these could have had a camera as a sideline but no claim of photographer has been found.