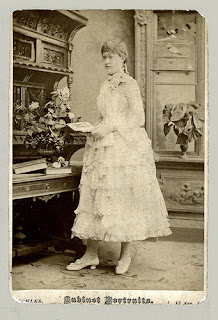 Photographer: George Eichler
13 Ave. A, New York
CABINET CARD GALLERY has another example by Eichler HERE
And Atypicalart has one on Flickr HERE 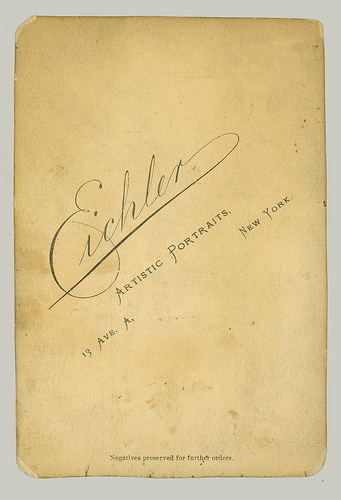 The reverse of the Card on the left.
Yes it has been trimmed.

Although his birth date and place, Mar 1839 in Hesse-Darmstadt / Hessen-Darmstadt, Germany, seem fairly certain, his death date remains cloudy. There were four other people by that name living in and around New York about the same time, a baker and a broker, a tailor and a plumber.

Photographer George Eichler has not been found in the 1900 US Census. 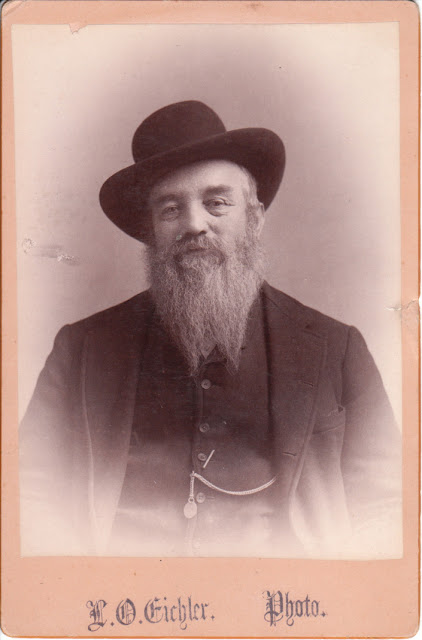