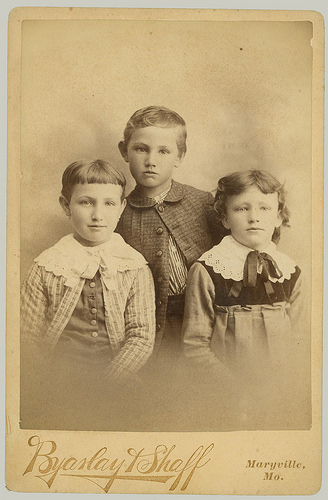 L. A. Byarlay has the distinction of being enumerated in the 1930 US census twice. On 9 Apr 1930 he is found at home with his wife Marie and son Ernest at 915 Fifth st where his occupation is noted as “butcher”. He is also found a few days later 30 Apr 1930, alone at his studio address 515 ½ S Edmund and noted as a “photographer”.

It appears that this cabinet card could only have been done in that short span around 1885 when both Byarlay and Shaff were still in Maryville. 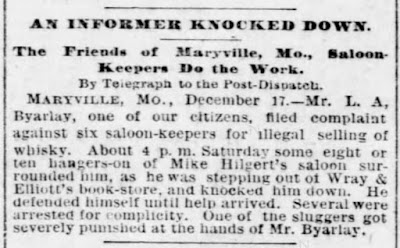 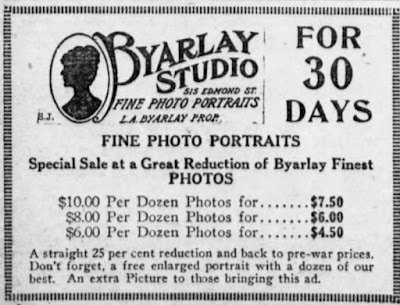 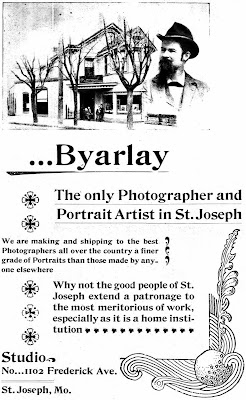 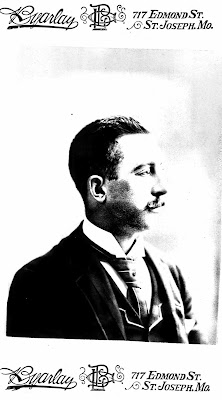 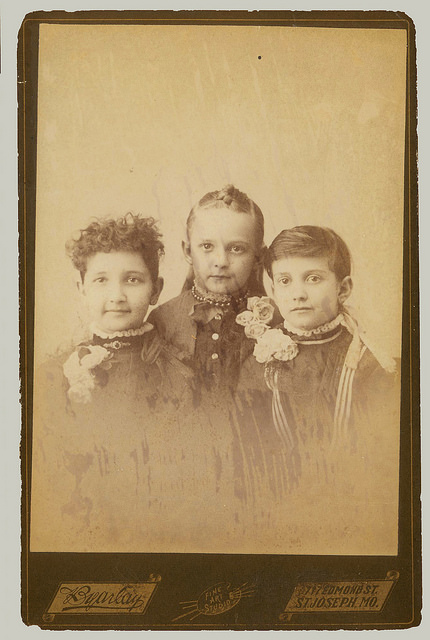 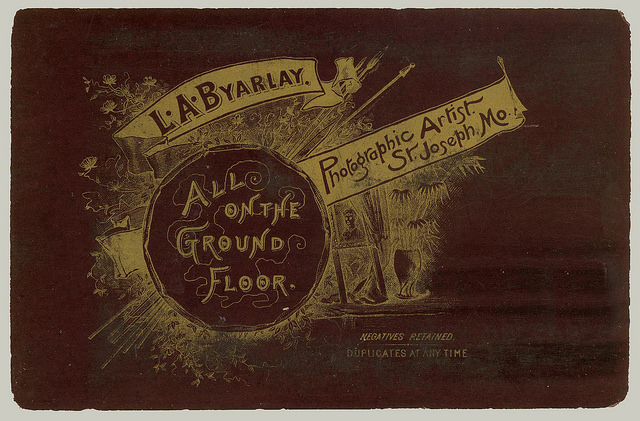 reverse of the cabinet card at the left 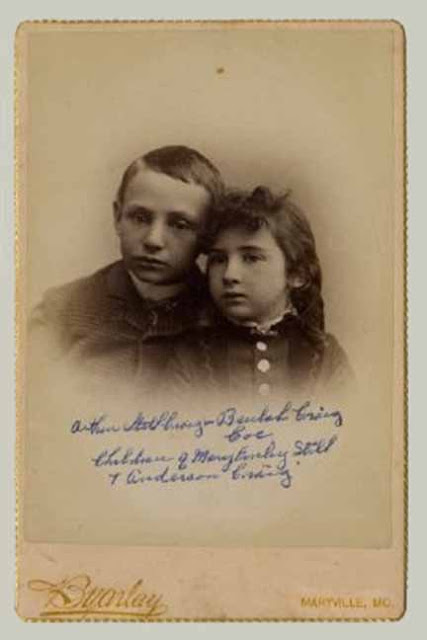 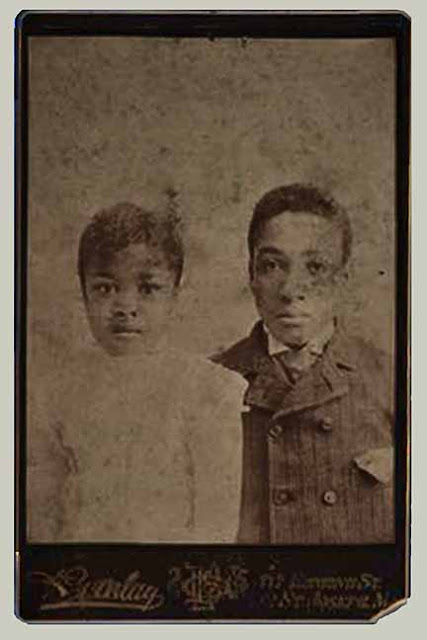 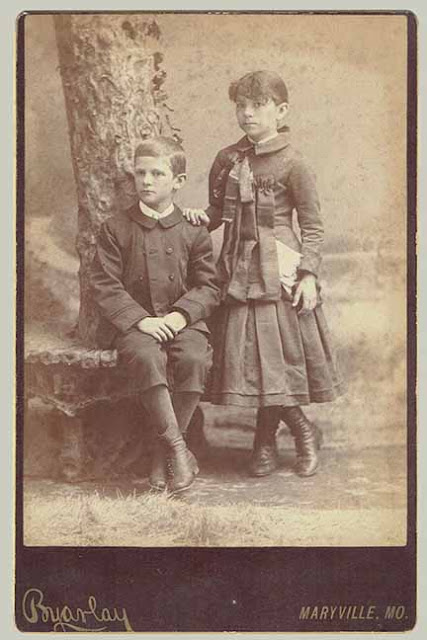