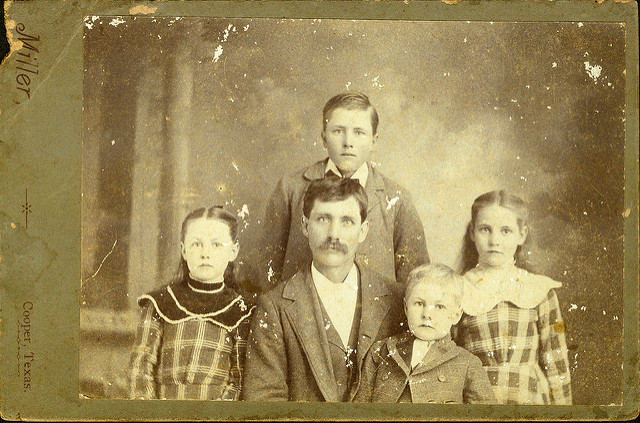 
There were at least as many photographers named Miller in Texas as there were in Kansas. (See Miller of Kansas)

In an account of John and Arrena Miller who in 1855 settled in the area that was to become Dennison, TX, localgirl17, on Ancestry.com says: “Four of their children—Asa C Dayton Miller, Benjamin Jasper Miller, George Washington Miller, and James Napoleon Miller—became photographers working in numerous towns in Texas.”

In addition, Asa C. Dayton Miller had a son and a daughter that were photographers.

Since Cooper, TX, is in the area of Dennison, TX, it is safe to guess that the photograph at the left was done by Asa C. Dayton Miller or one of his siblings.