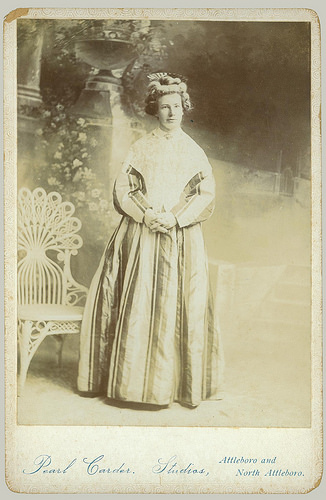 
Pearl Lee Carder (1875 - )
There is a substantial amount of information on this one but it appears he retired from photography after only a short time.

From City Directory listing from Attleboro, MA, Carder was only in the photograph business for about three years, 1897 to 1899. After that he is credited with only “clerk” through 1906.

In 1917 he becomes “General Agent” for United Limit Co. (sp?)
He apparently moves to England, for in 1928 he arrives in New York from there, giving his permanent address on the ship’s passenger list as 50 Old Burlington street, Avonmouth, England. He is still an “agent”. Then another passenger list indicates he has moved to Kingston Jamaica. He returned to New York for an unknown period in 1945 at age 73.