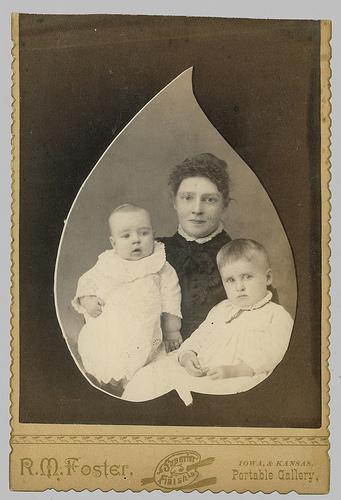 The US Census for 1900 says he was back in Kansas.

The cabinet card at the left was probably finished between 1886 and 1897.

A comment from Flickr viewer Claire :
Mr. Foster really got around. He had studios in Pleasantville and Harvey, Iowa as well as in Missouri before coming to Cawker City. He married Miss Ayres in Cawker before they moved to Enterprise where she died. R. M. Foster was not his real name. He was trying to hide his Jewish heritage. Later, he moved to Lincoln, Nebraska where he took the name of the street he lived on!. 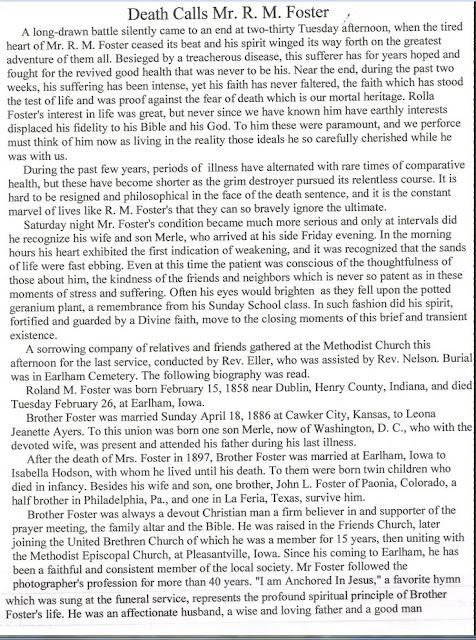 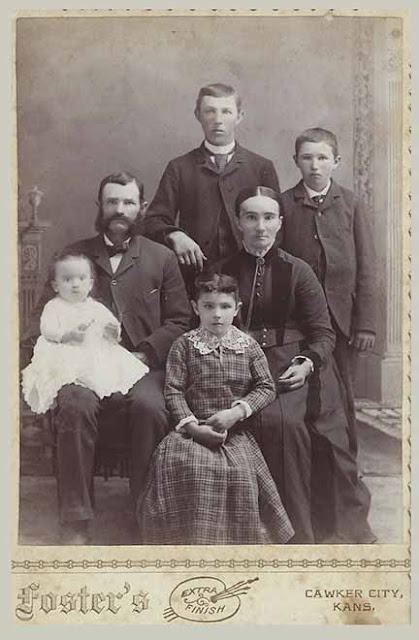 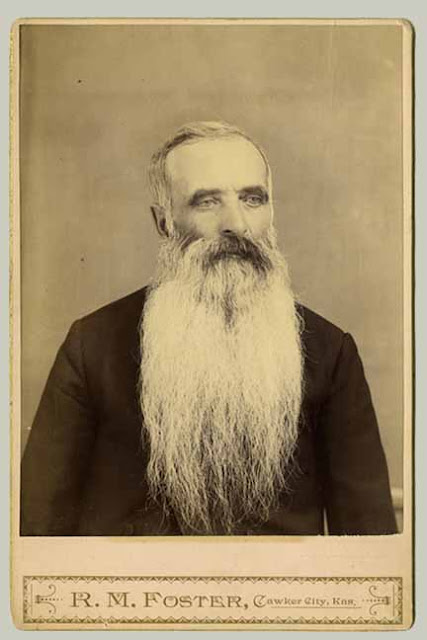 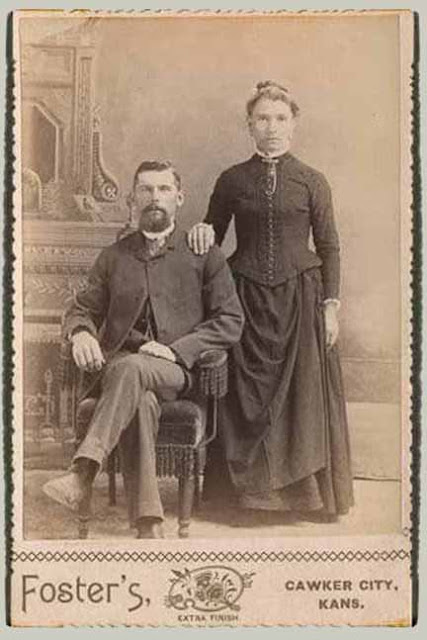 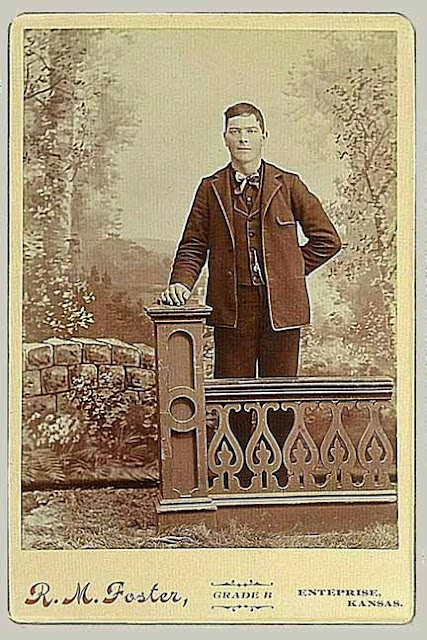 photographer: R M Foster
Enterprise, KS
Example from auction site
(Although Enterprise is over 100 miles from Cawker City, this is probably the same photographer

Is this the same Foster that worked in Cawker City, Kansas? Lamar, MO, is about 260 miles from Cawker City, KS.
More research pending 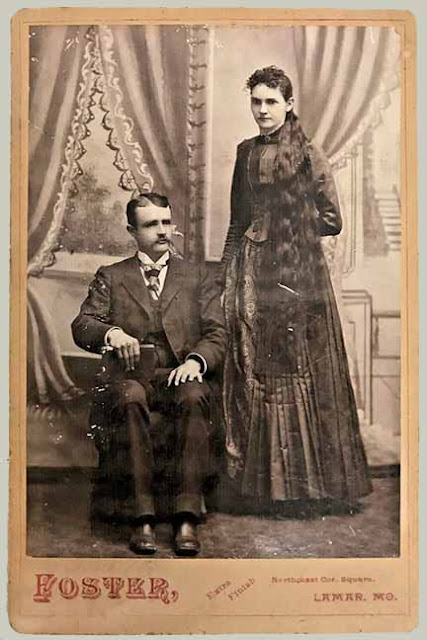