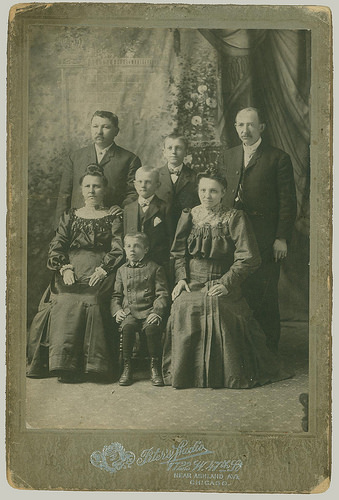 Photographer: Peter's Studio
1722 W. 47th st
Near Ashland Ave, Chicago, IL
(it is unknown why there is
an apostrophe in the title) 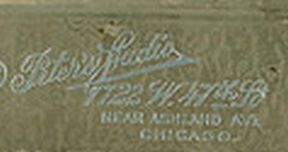 Enlarged to show the address

It appears that Carrie Peters worked as a photographer only in the year 1904, apparently taking over the studio after the death of her husband George Peters.

No record shows exactly when the Peter’s studio moved to the address 1722 W 47th Street. It is not associated with George Peters in any record. His last published address, 4833 Ashland Ave, is in a clipping listing him as a precinct worker for a 1903 election. Carrie Peters is listed as photographer at that address in the 1904 city directory.


Yes, this photograph could have been finished by either of them but, It is a good bet that Carrie Peters is the photographer for this card.


The lives of women are more difficult to trace than men. Many records avoid their actual name using instead something like “Mrs George Peters” or “George Peters and wife.” And city directories had policies that excluded a woman’s name unless she was a widow or owned a prominent business.

Further, women tended to fib about their age. In young years they often wanted to pass for older and in later years, to seem younger, so the birth date is adjusted to fit.

And as if being known only as Mrs George Peters wasn’t obscuring enough, women often switched to their middle name for a while. Caroline or Carrie becomes Margaret or Margarette. 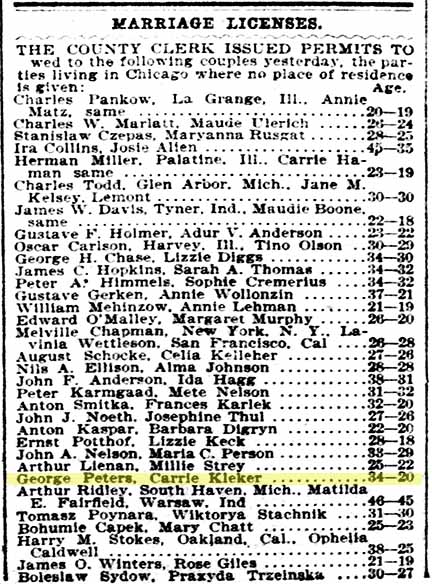 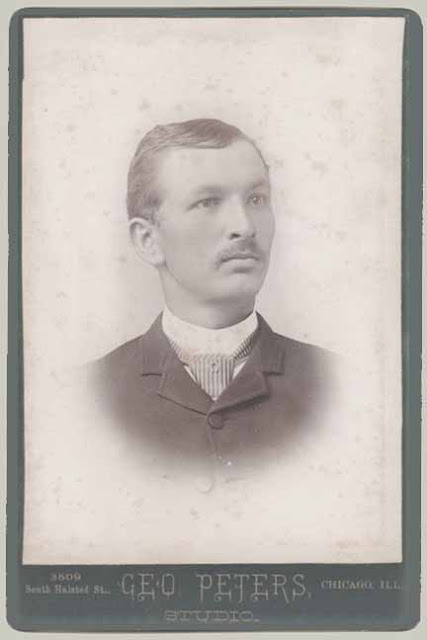 3509 Halsted would be across the street. 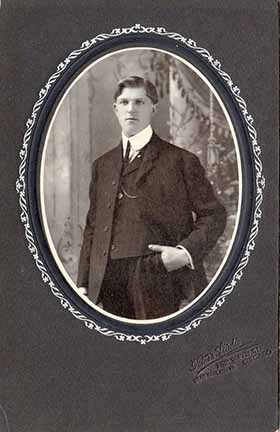 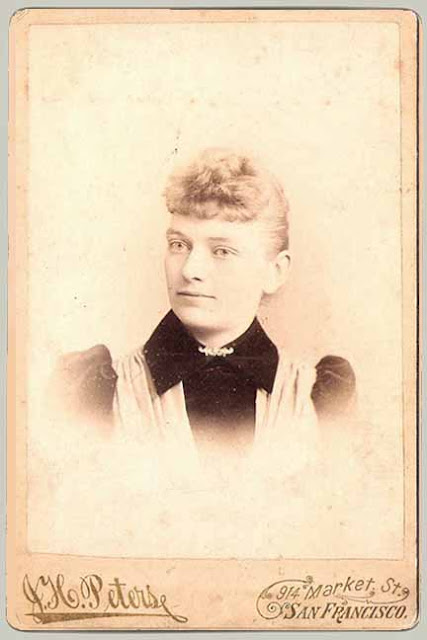 photographer: J H Peters
San Francisco, CA
example from auction site
(No connection has been made to Peters of Chicago, IL)

Then there is this one. Imprinted only "Peters Portraits" it is unknown where this was done. 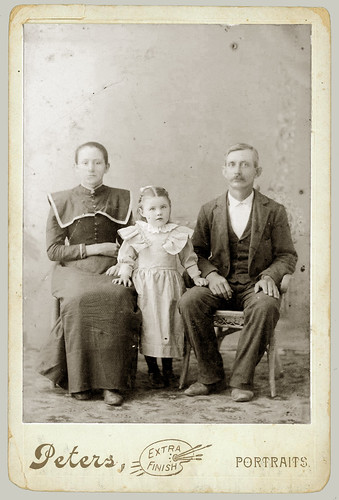