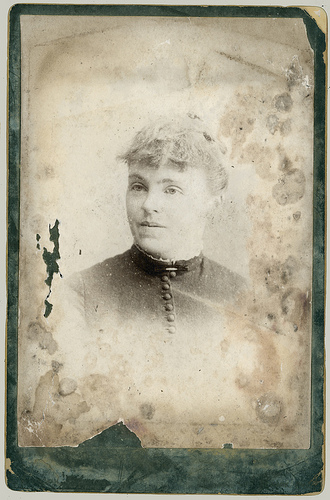 
(Excerpt from an article by A. J. Peluso, Jr.)
Theodore Gubelman, Photographer
by A.J. Peluso, Jr.
In 1995 Elizabeth Broun, director of the National Museum of American Art, wrote that "The path of American art now appears not only more complicated but also more interesting—a journey with detours and switchbacks, byways and alternate routes paralleling and intersecting the long-accepted `mainstream' pathways."

One of those routes, photography, "once considered marginal, `not really art,'...is now recognized as necessary for an understanding of our visual culture." Indeed! One switchback leads to the work of the little-known, and until now unheralded, Theodore Gubelman. - Born in Constance, Switzerland in 1844, he emigrated to America with his father and mother in 1854.


With immigrant pluck, his father worked as a coppersmith, his mother as a milliner, and Theodore worked three part-time jobs, at the cigar store, the barber shop, and the brush factory. Later, he worked as an apprentice lithographer, retoucher, and colorist. - In search of better work, his father took the family to Chicago and then to Memphis. While there, Theodore found a job with a photographer and discovered his life's work. The Civil War had begun, and advancing rebel forces sent northern sympathizers and the Gubelmans running. On the way to Louisville, the train was stopped by Confederate General Simon Bolivar Buckner.
Young Gubelman and, by his account, "several other young men.trying to get North left [their] baggage and during the excitement got away and footed it to." the Ohio River.

After an anxious wait we saw a river steamer approaching which we hailed, yelling like wild Indians.

"We all got aboard and were immediately surrounded by the other passengers anxious to get the news of General Buckner being so far North." - The steamer safely reached Cincinnati, and Gubelman would soon return to Jersey City. He found good-paying work there for a firm manufacturing tin for tintypes. (.) He took work in various New York photo galleries, and through a classified in Anthony's [Photographic] Bulletin got a job in Nashville, Tennessee. He took photographs of soldiers passing to and from forward positions. With a $400 loan from a family friend and a letter of introduction to Union General Grenville Dodge, he opened his own studio at an army post at Pulaski, Tennessee. In spite of delays in obtaining materials (from Anthony in New York City), he was able to take his first portrait in January 1864, which with others netted a first day's receipts of $37. By March he was able to pay back his loan and to send $300 to his parents. 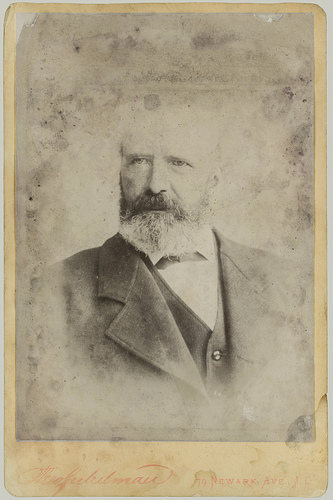 
He sent exhibits of his work to the American Institute of Photography Fair each year beginning in 1873. An occasional portrait after one of his photographs of a police chief or bishop would appear in Frank Leslie's Illustrated Newspaper.

After serving a brief tour in the Civil War, in 1864 he opened his first portrait studio at Pulaski, TN, taking pictures of the soldiers. He soon returned to Jersey City, opened a studio there, and by 1873 was exhibiting his work at the American Institute of Photography's annual salons. By the 1880s, he had become a well-known and successful photographer whose catalog, "Gubelman's Instantaneous Photographs of Steamships" listed 18 pages of ship portraits and New York harbor views.

In 1881 he "took up the Dry Plate," and boasted that he "was the first to sell instantaneous photos of yachts, steamers, etc."


He had become an admired photographic artist featured in a December 1884 article in Photographic Times, "The Studios of America: Theodore Gubelman's Atelier." His success bought him trips to Europe and a fine Jersey City home.

Soon after, and for tragic and unfathomable reasons, his sister piled his paper negatives in the backyard and burned them all. His son sold his glass plates to the glass man for $8 per 1000. (A.J. Peluso, Jr. / 1998 by Maine Antique Digest


The two examples on the left are in bad shape. They were added here because of the historical significance of this photographer, Theodore Gubelman of Jersey City.


He became famous for his portraits of Civil War soldiers, politicians and other dignitaries, 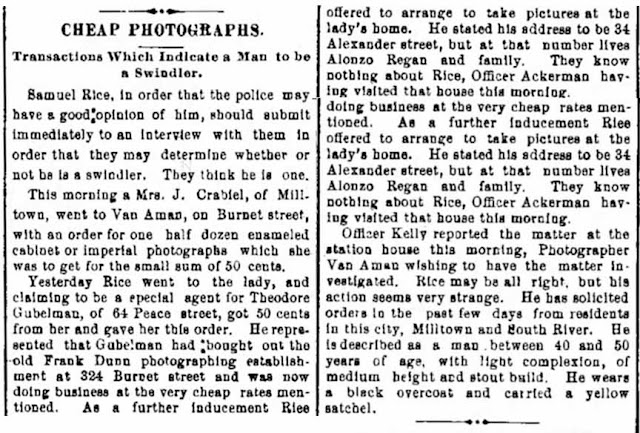 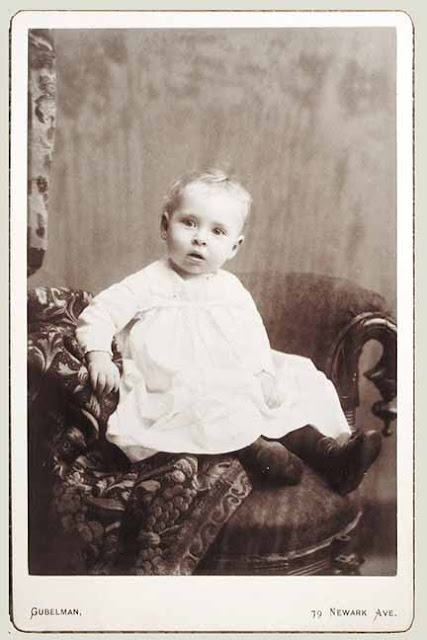