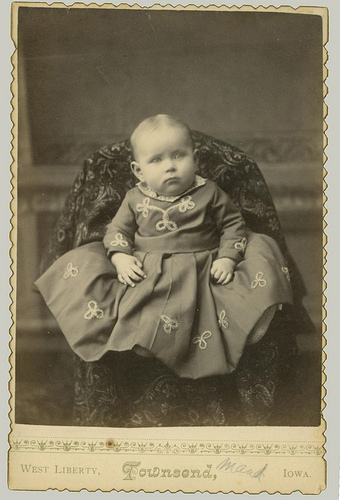 
There seems to be at least three photographers named Townsend that might have done this cabinet card. The most probable is T. W. Townsend of Iowa City, IA. Iowa City is only about fifteen miles from West Liberty, IA. Photographers of the day were known to travel to nearby towns to find additional business.


Also the three were related: T. W. Townsend and his two sons Alva C Townsend and Charles F Townsend. To make it even more complicated, T. W. Townsend’s father James Townsend, who was living in Muscatine, IA, just a few miles east, was also a photographer.

According to the historical volume “Leading Events in Johnson County Iowa History, 1913 “, Timothy Wesley Townsend “was 20 years of age when he first engaged in the photographic business at West Liberty, Iowa. “ This would work out to be 1864.

T. W. Townsend is the only one of the three that can be documented as being in West Liberty, IA. His son Alva moved to Lincoln, NE, about 1894. His son Charles moved to California and returned to Muscatine, IA, and then to Des Moines, IA, in 1904.

So, in reality, any one of the other three, his father James, or either of his two sons, Alva or Charles, could have hopped the few miles over to West Liberty, IA, for a day or a week and accomplished a series of photographs.


There is a short biography of Timothy W Townsend at Pioneer Photographers (The page is mis-titled but the biography is correct.)


The cabinet card here could have been done any time from about 1840 to 1910 by any one of the Townsends. In all likelihood however, considering the scalloped edges and the clarity of the photograph, it was probably done by T. W. Townsend, around 1890. 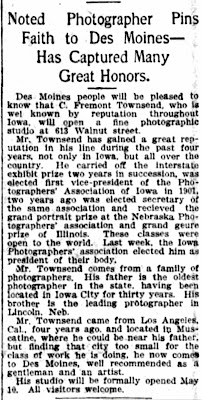 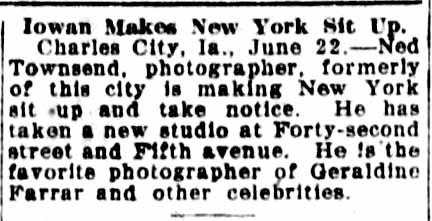 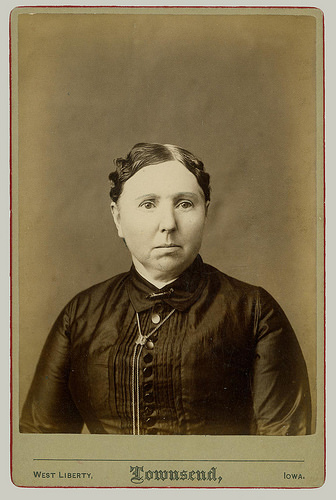 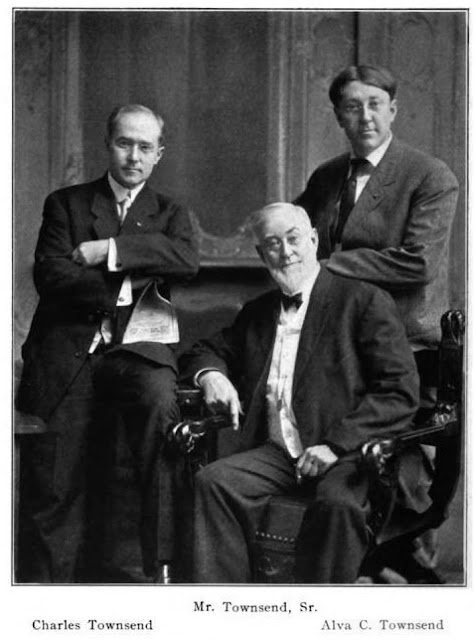 Portrait purported to be of the photographers Townsend 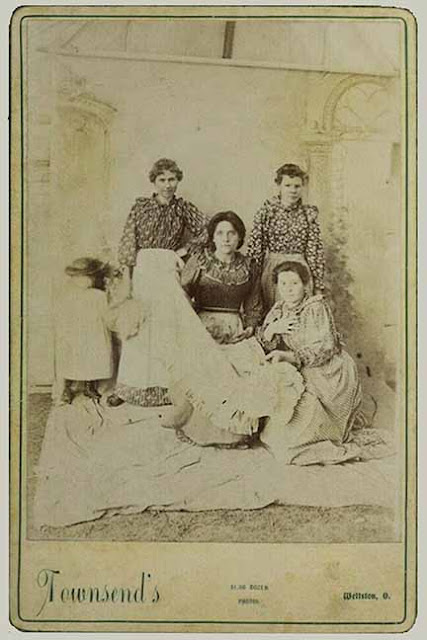 photographer: Townsend
Wellston, Ohio
example from auction site
(It is not known if this is connected to Timothy Townsend. Wellston, OH, is over 500 miles from West liberty, IA, but probably on the same rail line.) 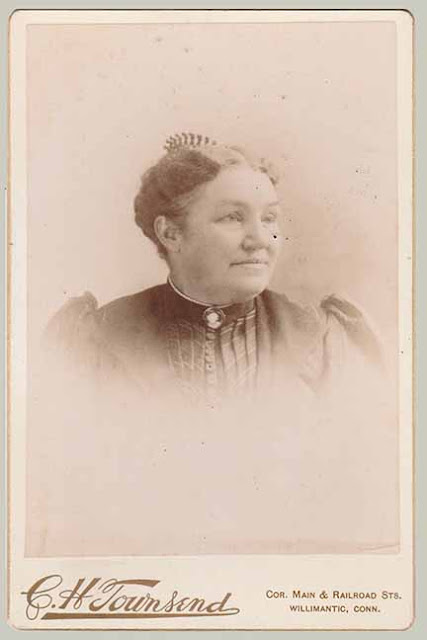 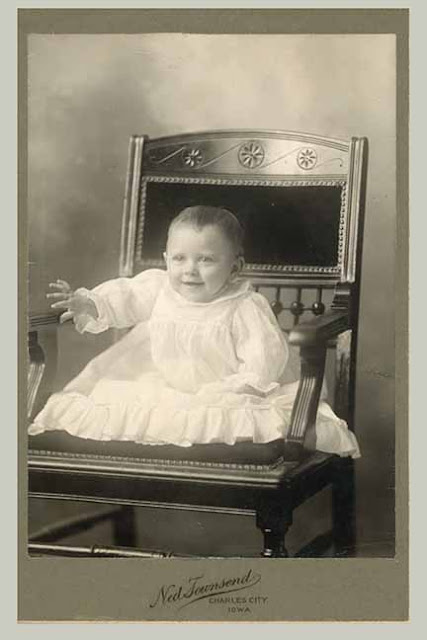 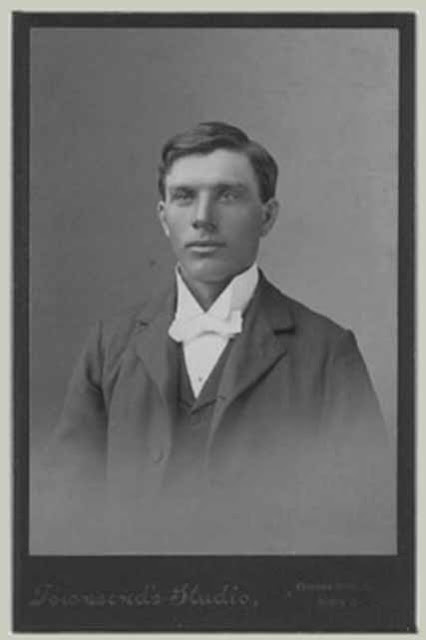 The following row would be from Alva Townsend 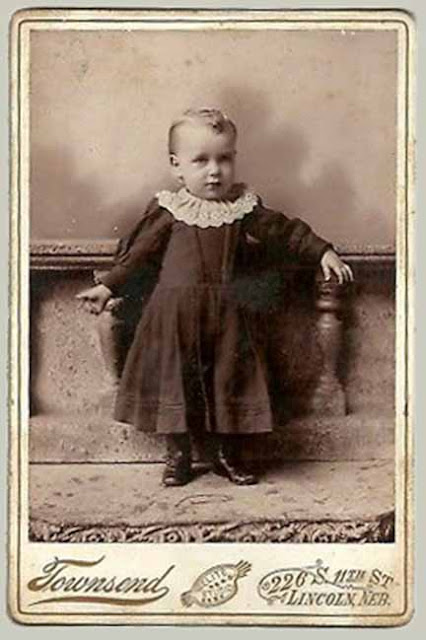 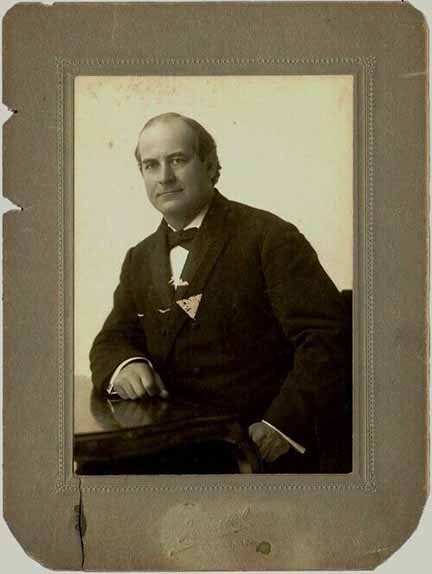 photographer: Townsend
Lincoln, NE
example from auction site
(this is NOT a cabinet card) 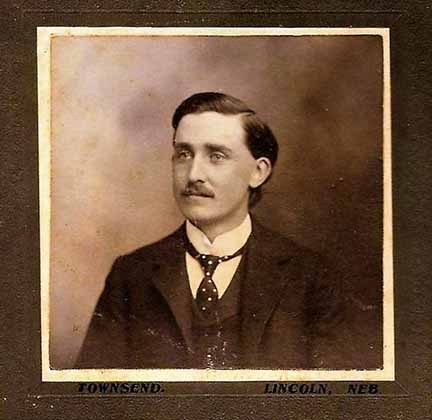 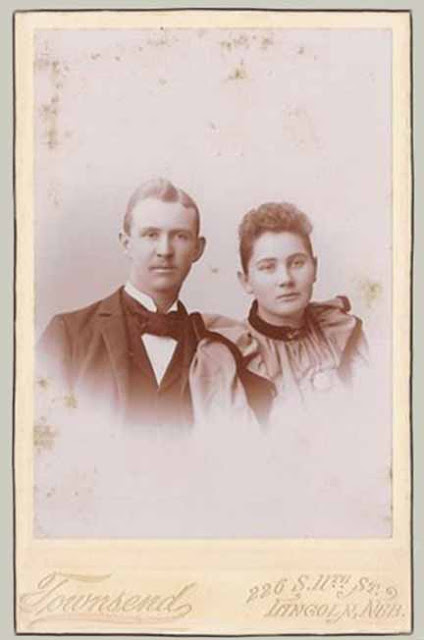 The following is by C H Townsend. No connection to T W Townsend has been made. 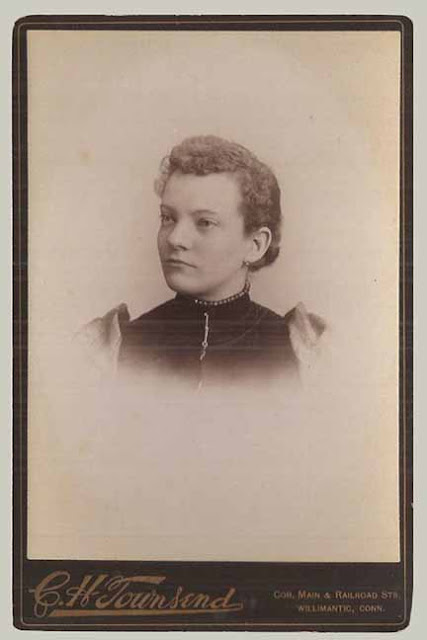