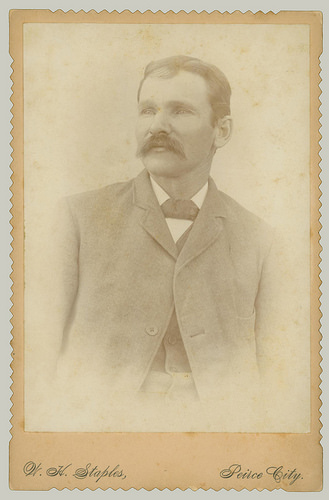 
No information has been found on W H Staples. There are records of a photographer named W. F. Staples, in Texas, Indiana, Tennessee and perhaps Ohio. He could not be connected to anywhere in Missouri.

The town of “Peirce” City, Missouri, is quite infamous. In 1901 it was the scene of terrible race related mob violence. The spelling of the name changed to “Pierce” City in the early 1920’s.

The style of the card would indicate that it was made in 1900 or after.