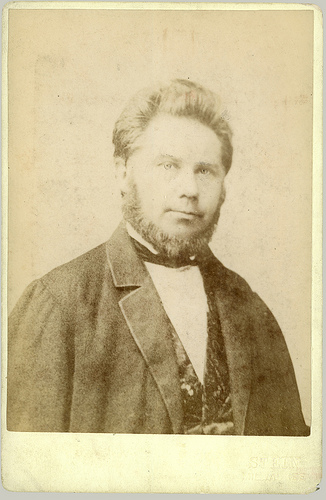 Milwaukee City Directory 1924
This advertisement would be for Julian Stein after his father's death. 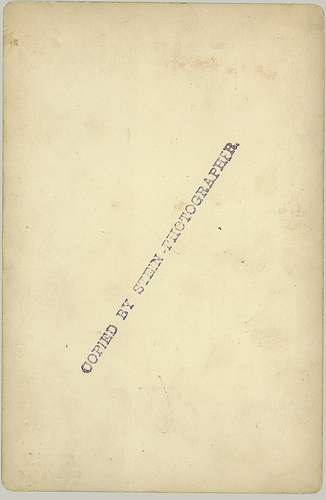 This is the reverse of the card on the left.
on reverse:
Copied by Stein -Photographer

All information is from US Census, city directories, newspaper items and draft registration. 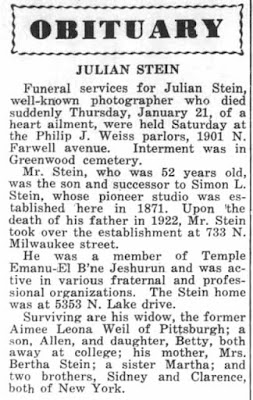 The cabinet card at the left is labeled as being a copy. In reality this could have been made any time either the father Simon or the son Julian, was working as a photographer. However, there is one mention of copying in a city directory listing for Julian in 1923.

Nathan Stein lived at the same time as Simon L. and son Julian, in the same city, Milwaukee, WI, and was also a photographer. But Nathan Stein seems totally unrelated genetically to Simon Stein. However, he could be the Stein credited for the cabinet card here. 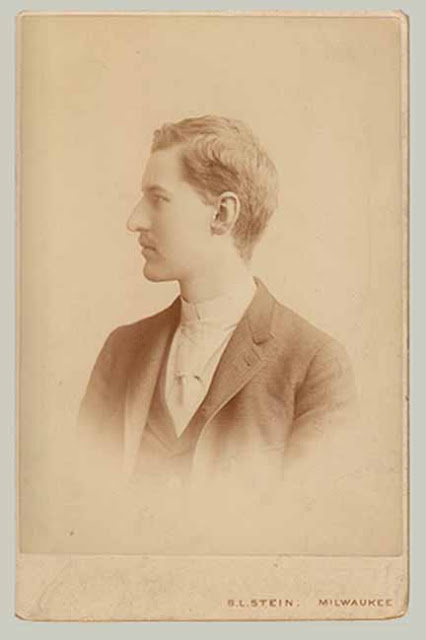 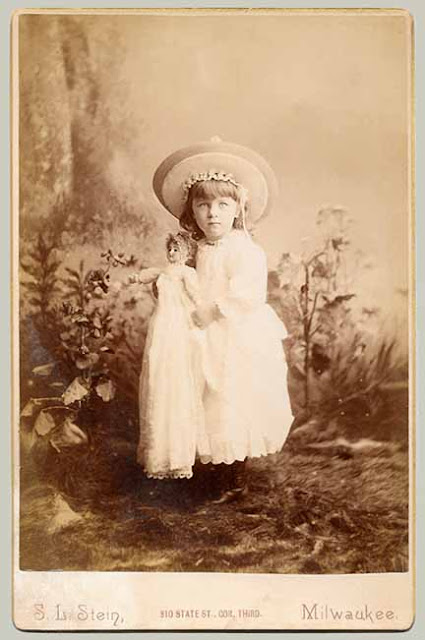