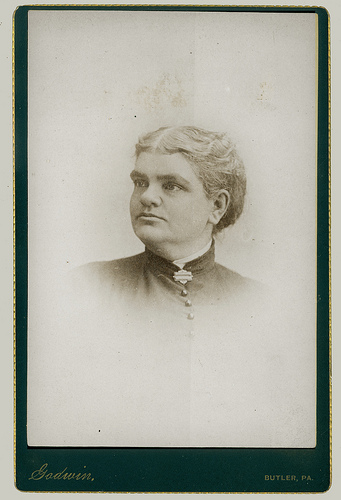 
William J. Godwin (14 Apr 1849 - 26 Jul 1925)
William Godwin immigrated to the US in 1853 or 1859, depending on which US Census is correct. His occupation when he settled was Jeweler. City Directories list him mostly as photographer but sometimes Jeweler or Watchmaker. The US Census lists him as photographer, his son Harry as artist and his son Charles as Jeweler. His death certificate says he was an optician.

Based on all documents gathered, the photograph at the left was probably taken between 1900 and 1910. Of course he could have done portrait work as a sideline at any time.

Godwin died in 1925 of a diabetic coma according to his death certificate. 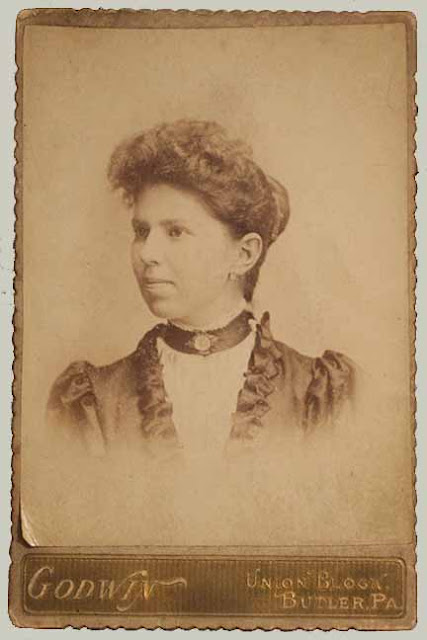 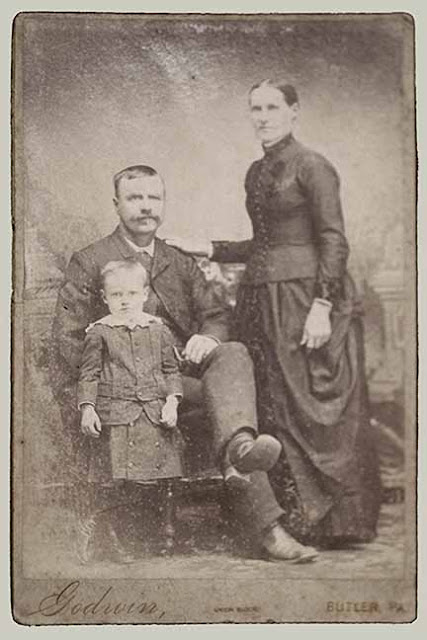 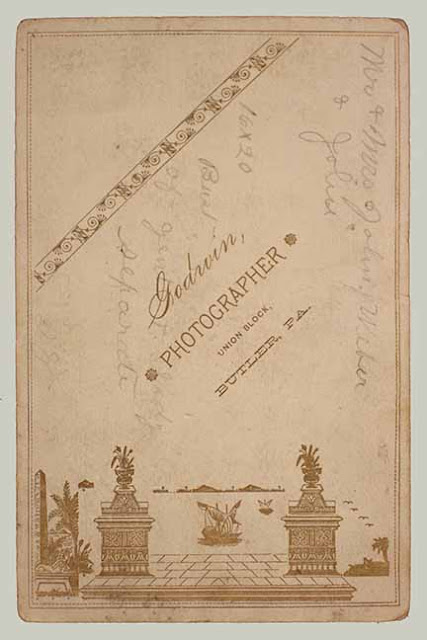 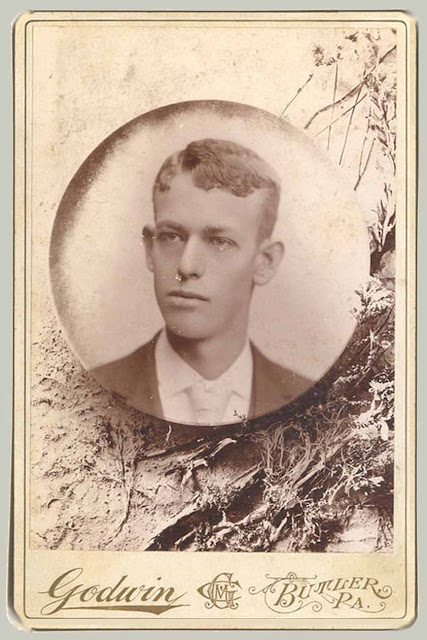 photographer: C M Godwin
Butler, PA
(This one is apparently credited to Charles Godwin, son of William J Godwin.
It was probably finished after 1910, possibly as late as 1920.)