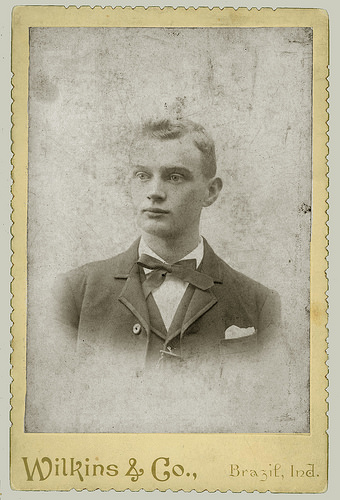 From the scant few documents found describing the life of Oliver Wilkins, this cabinet card could have been done any time between his arrival in the US in 1881 and his death in 1937. He apparently worked as a civil engineer in the US around 1920. He possibly worked as photographer during that period also. He did move around a bit to neighboring towns it seems, but Brazil, IN, appears to be his most consistent residence. 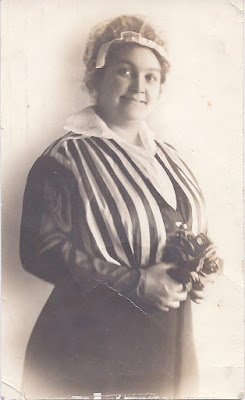 Image purported to be of Florence B Hudson, second wife of Oliver Wilkins.
(Net source. NOT in the LOST GALLERY collection)

Email ThisBlogThis!Share to TwitterShare to FacebookShare to Pinterest
Labels: Brazil IN, Indiana, Wilkins and Company