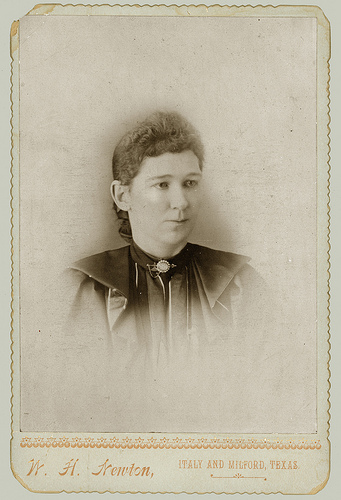 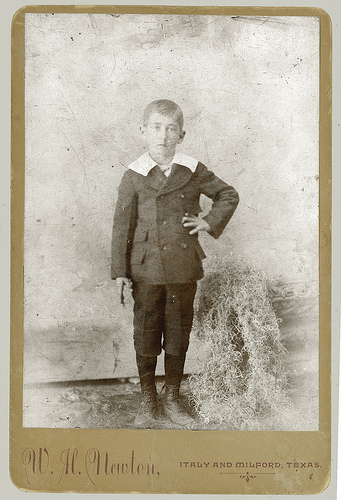 W. H. Newton was born in Pennsylvania but most of his working life was in Texas. From 1900 on he worked in Houston but before that he had studios in the towns of Italy, TX, and Milford, TX, closer to Dallas, TX, than Houston. Since the small towns didn’t have city directories in those days, his years of operation in those areas come from other sources.

Milford, Garrett and Italy, TX, all in Ellis County, are all less than 20 miles from each other.

The card with the deckled edges is probably the latest of the four here.