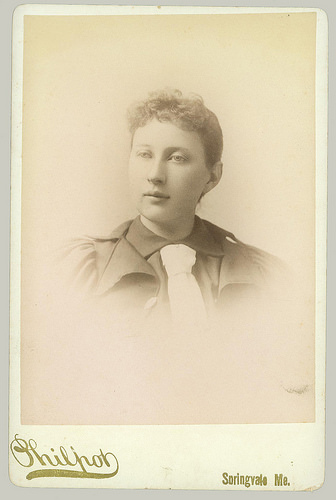 
Frederick C Philpot is missing from the 1920 US census. It appears that he was simply skipped. Perhaps he had closed his shop that week and wasn’t answering the door and the enumerator just didn’t get back to him. Although many adjacent addresses appear in the list, number 14 Washington Street does not. The enumerator does seem to be skipping around on that street a bit. Many addresses are out of sequence. See Sanford, ME, US census, district 0134, pages 22 and 23.


1890 (circa)
A photograph on Vintage Marine Images shows photographer Fred Philpot standing in front of his store where he sold bicycles, sewing machines and produced post cards. The store was lost in the great fire that destroyed much of Springvale, ME, 14 Apr 1905.
1893
Sanford, ME, city directory as photographer at 69 ½ Main
1900
Sanford, ME, US census as bicycle dealer
1900 (circa)
Sanford-Springvale Historical Society includes a photograph of the Philpot Studio as it appeared on Kimball Street in Sanford, ME see HERE and HERE.
1901
Sanford, ME, city directory as bicycle dealer, repairs, sewing machines, pianos and Hanson Studio (photography) at 64 Main
1903 Dec 05
Limerick, York County, ME, public records, F C Philpot’s mother, Catherine E Harmon, dies at age 87, senility

This cabinet card could have been done any time in Philpot’s photography career from 1893 to his death in 1925. The imprint says Springvale, ME, which is a suburb of Sanford, only a couple miles north of the well documented address of 14 Washington Street.

There are no records to indicate whether this was an earlier studio opened before his studio in downtown Sanford or a later branch office but it was probably in the earlier period before the city burned.

Several other examples of cabinet cards by Philpot can be seen here.
Two pictures from Ossipee Valley, Images of America 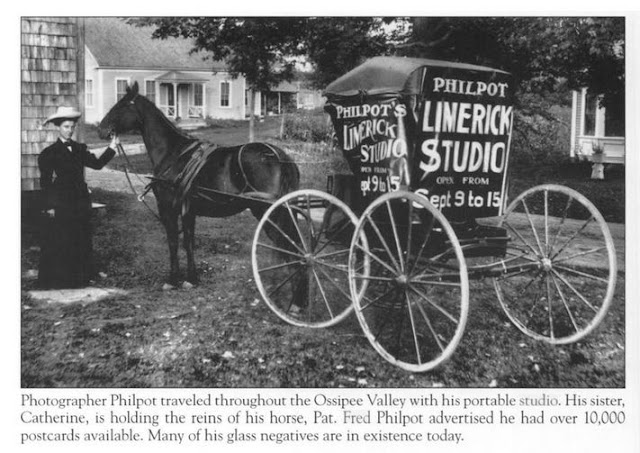