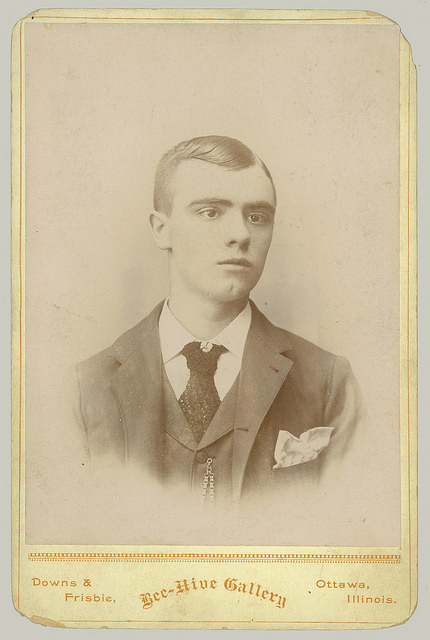 
There were at least, five photographers named Frisbie in the cabinet card era.

John Meigs Frisbie worked many years in Sandusky, OH. Nothing was found that would connect him with Ottawa, IL, which is 300 miles from Sandusky, OH.

James B Frisbie was centered in Oneida, NY

William D Frisbie was working in New London, CT, in 1882

The cabinet card style in both examples looks like 1885 to 1895. But because photographers often used up older card stock, that date is unreliable. 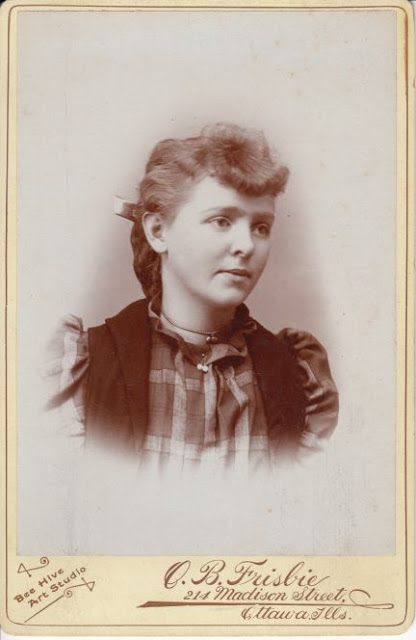