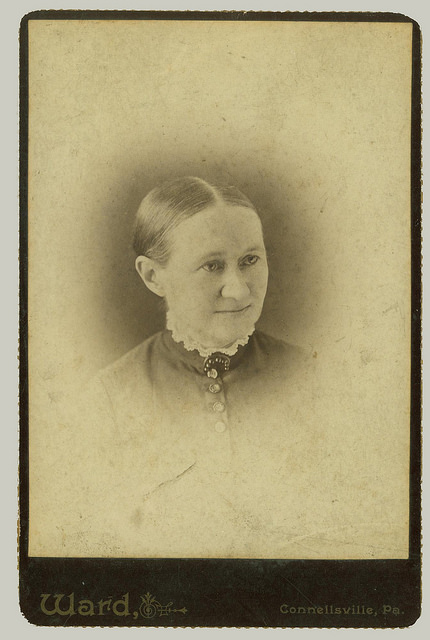 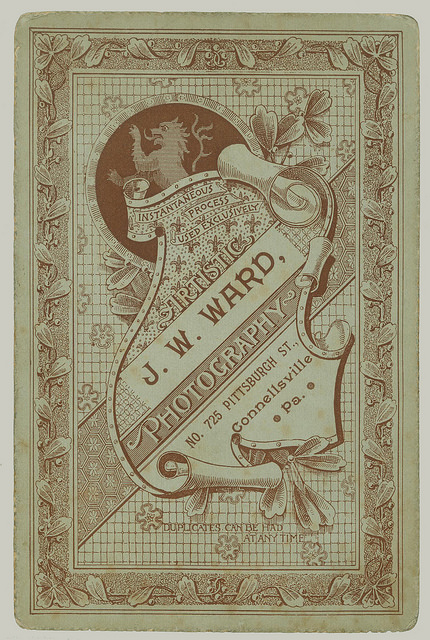 
In the late 19th century J W Ward was an easy name to find in the newspaper. There was a contractor, a professor, a doctor, a postmaster, a clergyman, a surveyor, an insurance salesman, a paper hanger, a civil war captain, a first baseman, a convict and yes, a photographer.

J W Ward can be documented as a photographer from September of 1888 to February of 1910 when he had a stroke that disabled him. He was probably at work before then but nothing was found to document it.

His used cabinet cards with elaborate printing on the reverse showing the address of his studio. Oddly, he seemingly changed locations often but always on the same street.

Based on dates of publication, the studio was located as follows (note the 275 and the 725 COULD be the same address, just misprinted.) :

The cabinet card here must have been finished in 1888 or 1889 when the studio was at 725 Pittsburg st in Connellsville, PA. 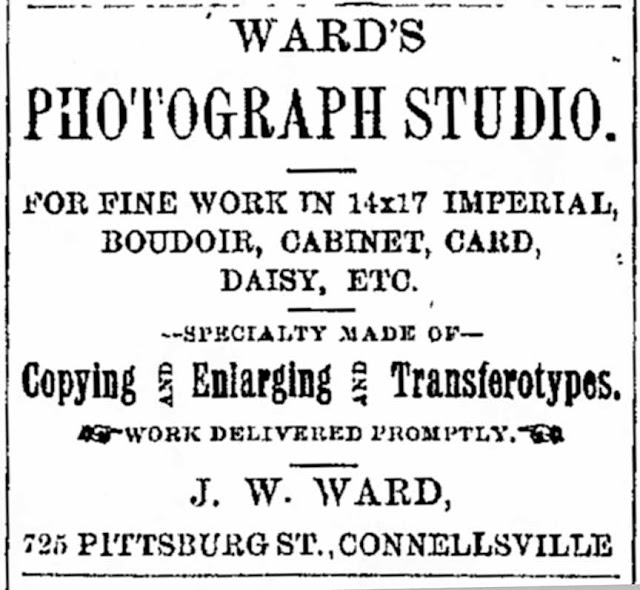 Is one of these first two a misprint? 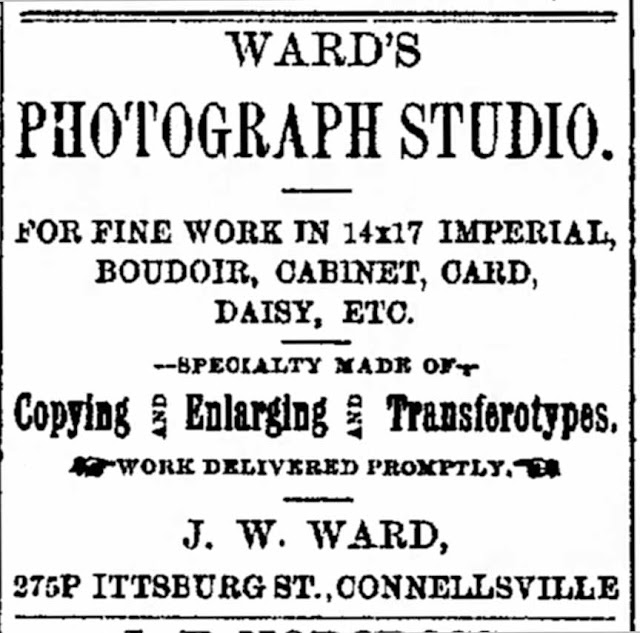 Maybe. But both were repeated several times. (See timeline above) 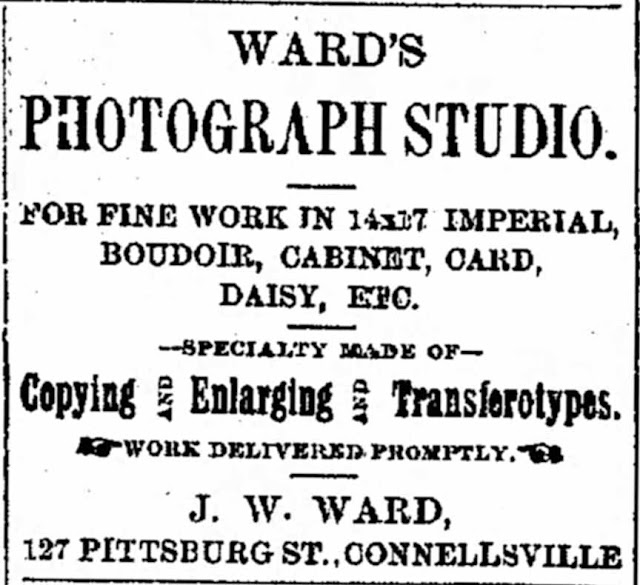 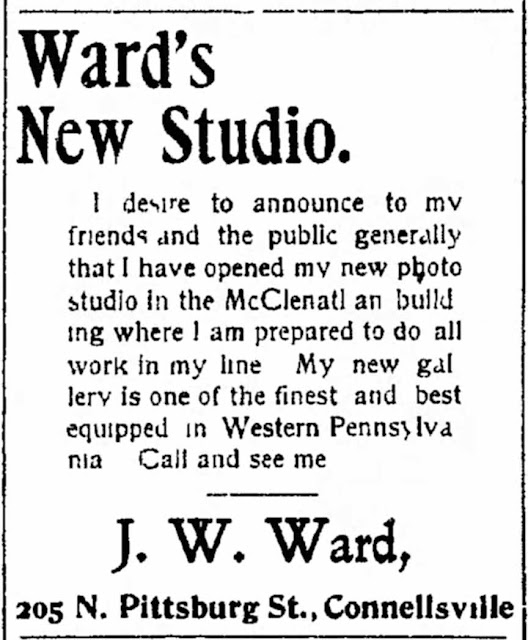 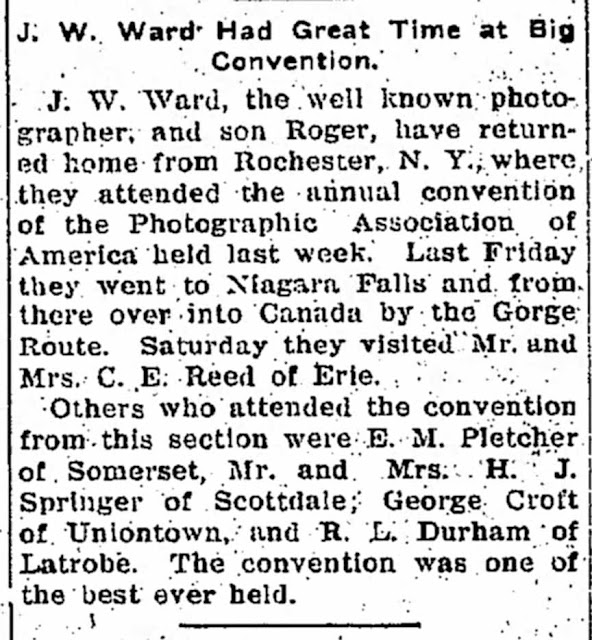 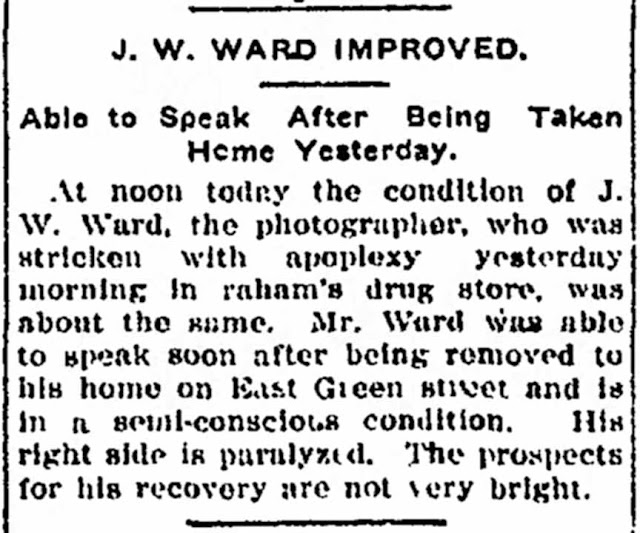 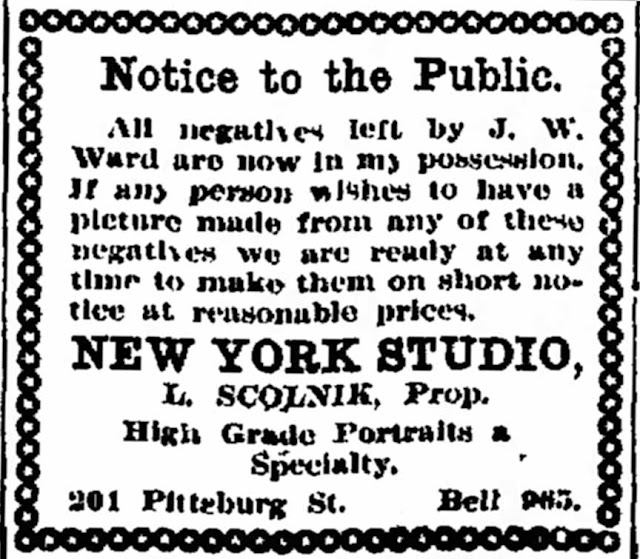