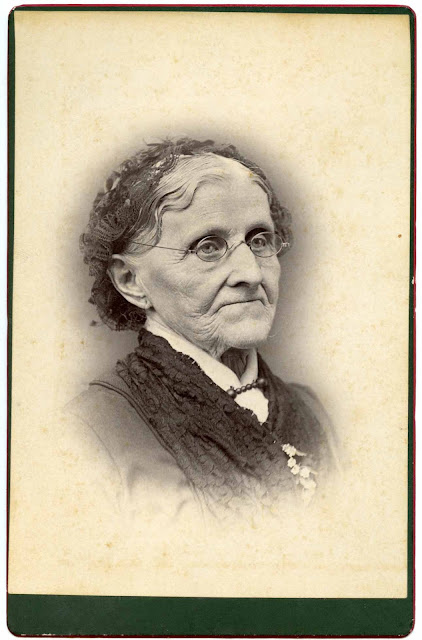 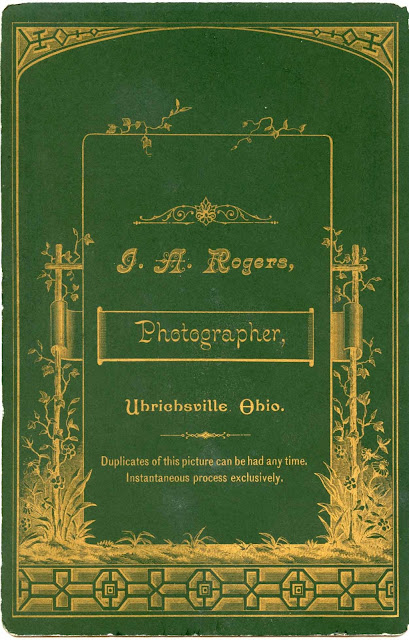 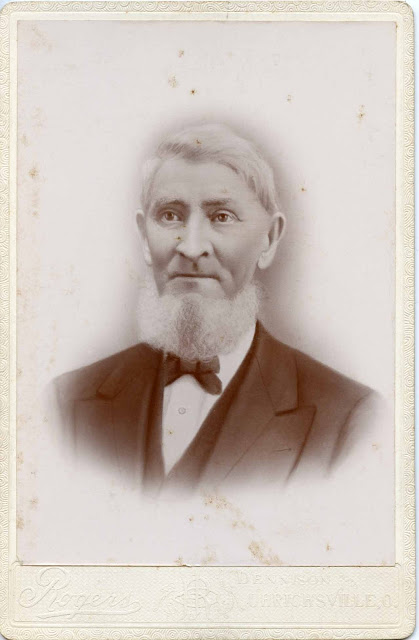 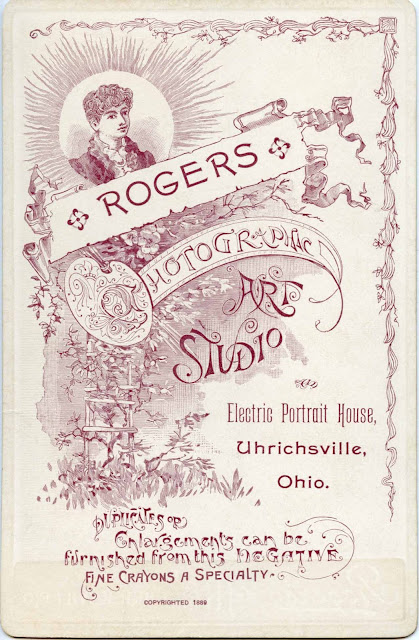 
The two cabinet cards above contributed by the family of William Birdsall Bullers and Great Granddaughters of John Lewis “Pop” Bullers .

Clues to the life of J A Rogers, photographer, are very scarce. He appears in three US census reports, a few documents concerning his children and little else.

A Cincinnati, OH, newspaper classified ad tells of a gallery for sale in an unnamed “county seat” with interested parties to contact him in Bedford, IN.

A small classified ad in 1895, April 23, says that J A Rogers wants to sell a photograph gallery in a town that is a county seat. Rogers may be contacted in Bedford, IN.

There are no addresses imprinted on the cards at the top of the page, only the town of Ulrichsville, OH. From the elaborate design and good condition of the examples, one might conclude that they were finished in 1900 or after.

However, these cards were probably finished while Rogers was still living in Ulrichsville, known to be between June of 1886 and July of 1892. No city directory or other documents are available to show exactly when Rogers actually moved TO and FROM Ulrichsville, OH. It could have been as early as 1882 and as late as 1900. 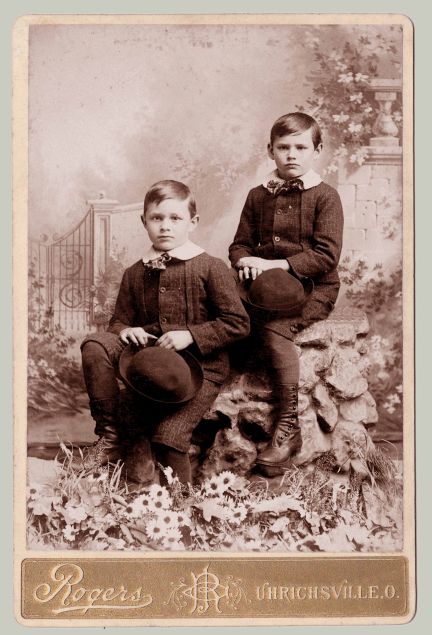 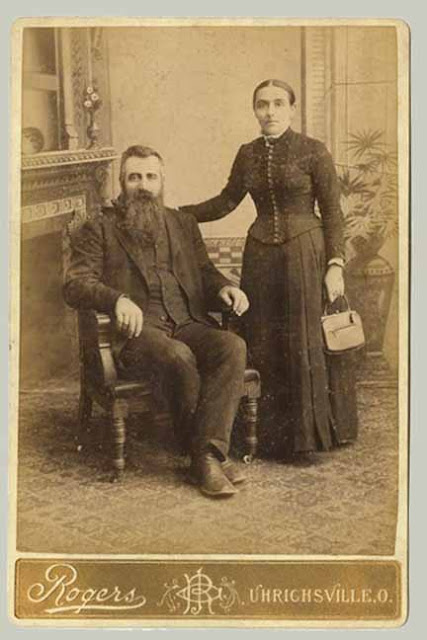 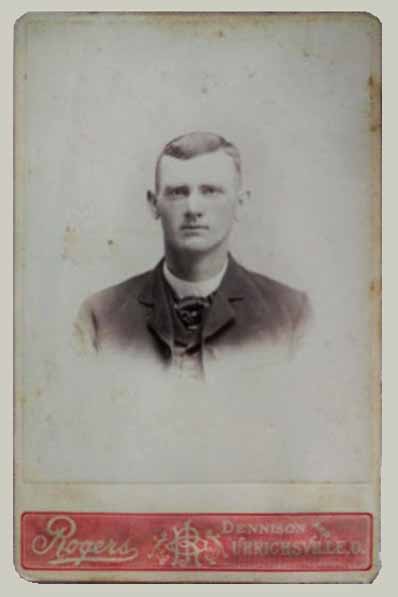 photographer: Rogers
Ulrichsville, OH
example from auction site
(This is not a cabinet card, and obviously from a later generation of studio portraits.) 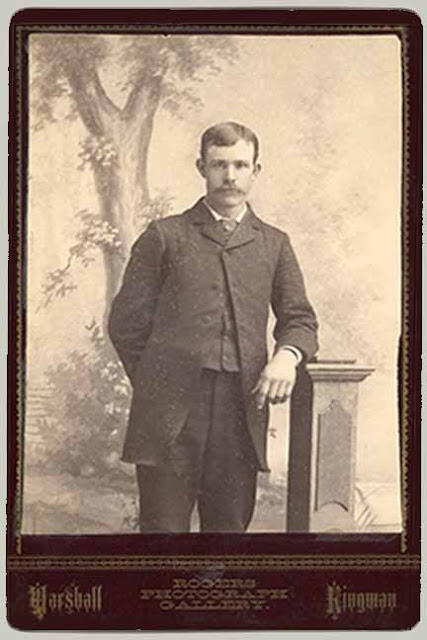