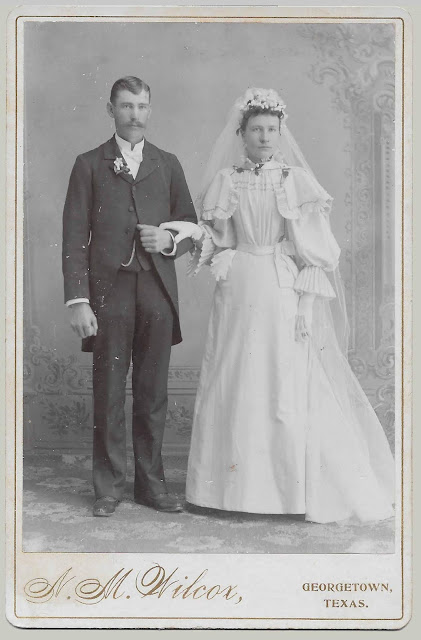 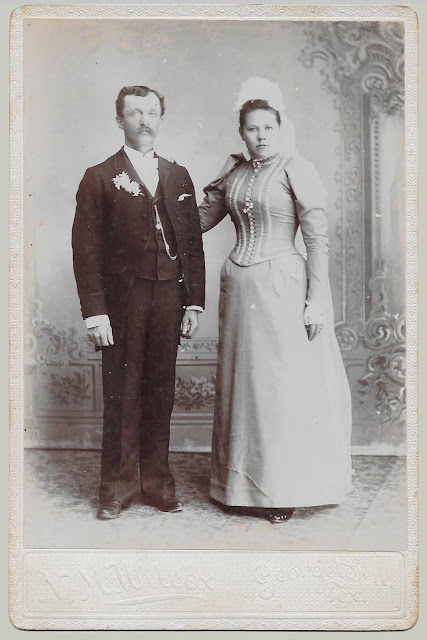 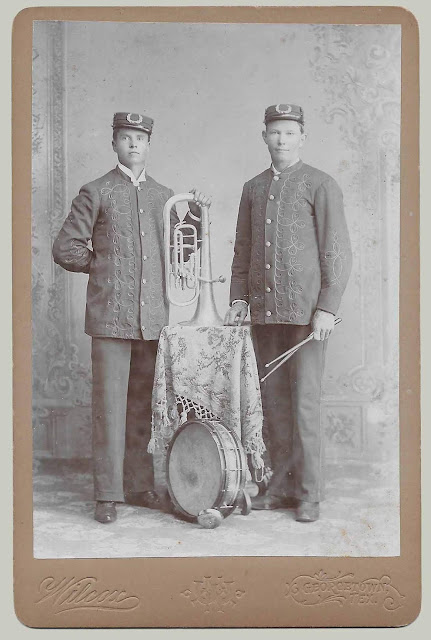 Nathan was in the Confederate Army serving in J. P. Border’s Regiment, Maxey’s Division, 2nd Brigade, cavalry. He enlisted in 1863 and was discharged in 1865. He is not shown living with his mother and brother in 1870.

In the 1880 census, Nathan is living in Austin, Texas with his mother and his brothers: Walter and Charles. Nathan’s occupation is listed as carpenter. He had learned woodworking skills from his father.

In Burnet, Nathan took up photography as an occupation. The state capitol was being built with stone from Burnet County and some of Nathan’s photographs were of the stonecutters, brought from Scotland by the contractor on the project, working in the granite yards. A photograph, taken by N. W. Wilcox is included below is from the Archives Division of the Texas State Library.

In 1887, according to ads in The Williamson County Sun, Nathan and his family moved to Georgetown where he set up a photograph gallery. He may have purchased the studio that belonged to G. A. Addison as the date


coincides with Addison’s departure from Georgetown. Another photographer, J. E. H. Chapman, who had been pursuing the profession in San Marcos, appears to have joined Wilcox in a gallery business in Georgetown as there is a notice of the dissolution of their partnership in The Williamson County Sun October 4, 1888.

Others joined Wilcox in business either as employees or partners. An article in The Austin American Statesman August 13, 1899 mentions Mr. Dave Goodlett, who, so the article states, was employed by Wilcox beginning in 1890. Dave Goodlett went on to establish Georgetown’s first movie theatre. Also, in 1890, Frank B. Elliott of Austin, Texas worked in Wilcox’s gallery.

For the next 30 plus years, N. M. Wilcox maintained his gallery in Georgetown, photographing bridal couples, babies and children, and just about everyone else as well as producing photographs of the small Texas


town’s activities and landmarks. A photograph of a Swedish pioneer woman, Mrs. C.C. Langford, weaving rugs was featured in a national magazine, Wilson’s Photographic Magazine in July 1894. (See below on this page)

About 1913 or 1914, he was joined in his business by A. S. Masterson from Austin. By that time, folks could rent or buy Kodak cameras and take their own photographs. Of course, the processing still had to be done by professionals, so perhaps the size of that business necessitated the addition of a partner. In 1916, Masterson retired and returned to Austin.

The census of 1920 indicates that the family’s residence is still Georgetown and that Nathan has continued in the photography business. In October of 1921, Nathan and Minnie moved to Austin to take up residence with their fourth child, Fannie (1889-1986), by then a young professional woman employed by the Texas State Library. There is no mention of a profession in the Austin City Directories of the

1920’s and 1930’s, so it seems with the move to Austin Nathan retired from photography. He did continue some woodworking and his interest in Texas history. In addition to his talents as a photographer, Wilcox was a lifelong historian as is noted in his obituary and is supported by other newspaper articles as well.

In the US census of 1930, the family is living in Hyde Park, a lovely area of Austin north of the University of Texas. He died there on February 7, 1936. Minnie and Fannie continued to live in Austin where Minnie, a lifelong musician of merit, founded the Wednesday Morning Music Club and was its president until her death in October of 1941. Fannie died in 1986. 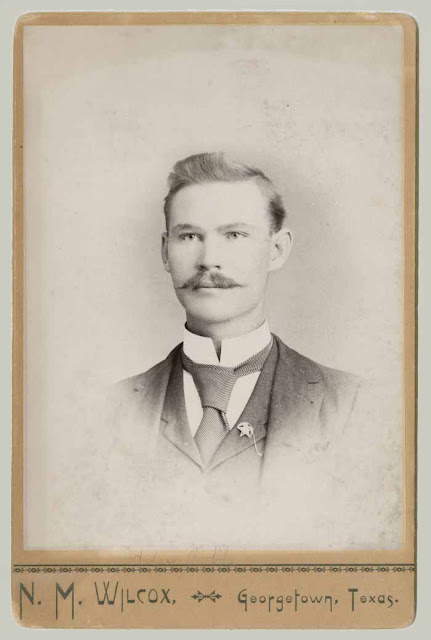 Example from Portals on Texas History 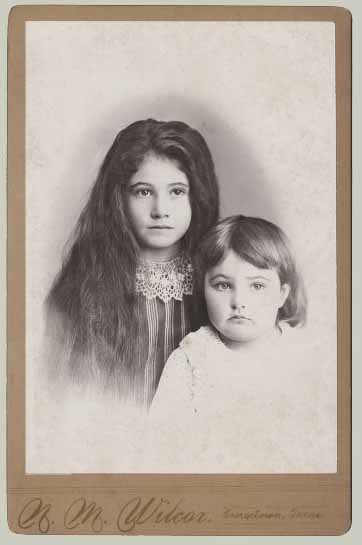 (Note: not all sources agree exactly on dates) 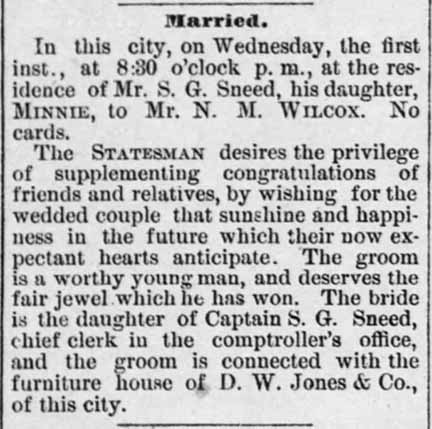 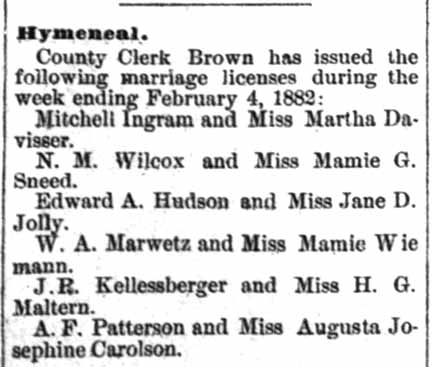 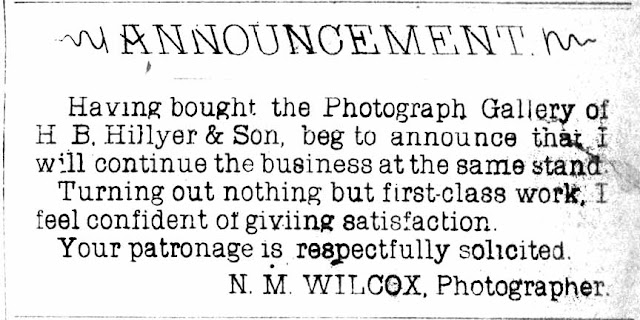 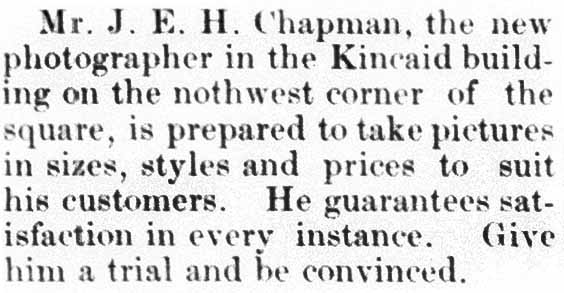 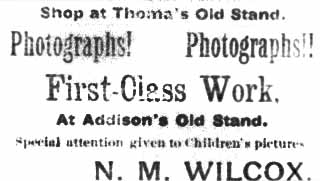 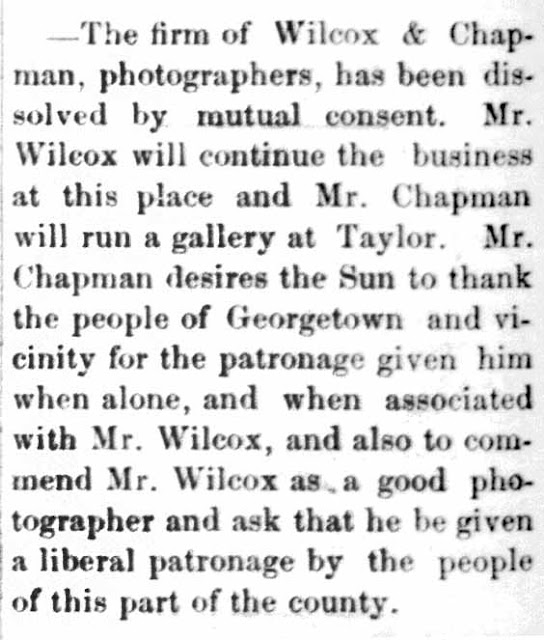 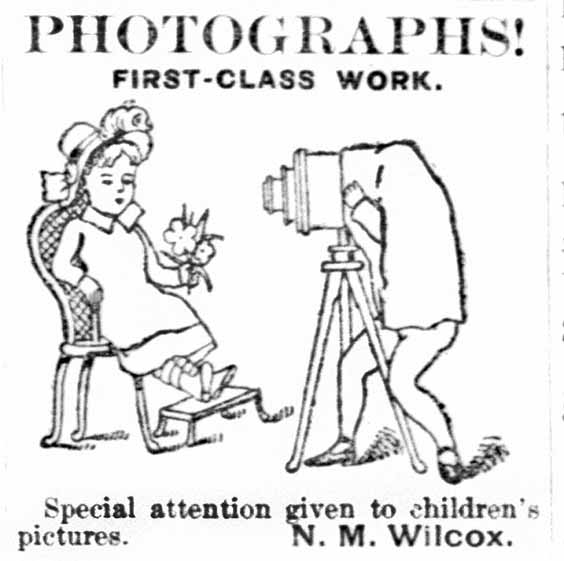 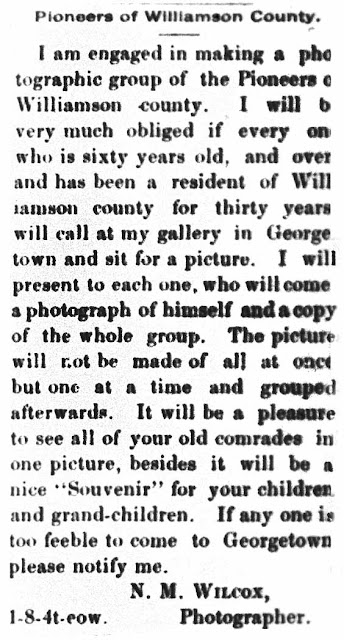 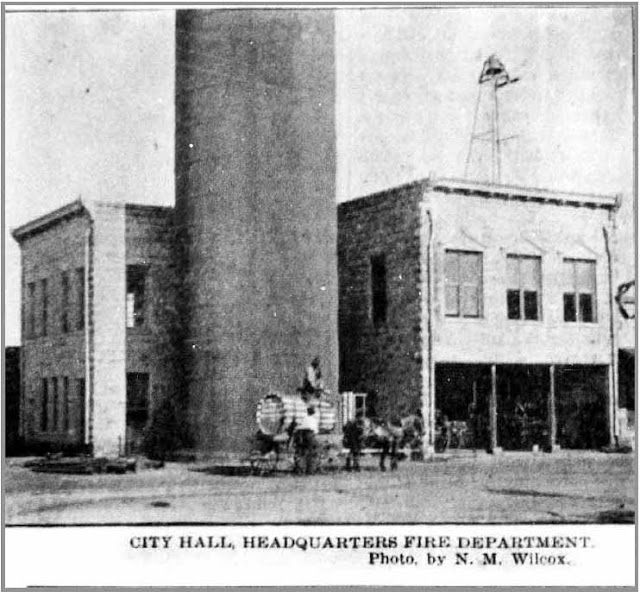 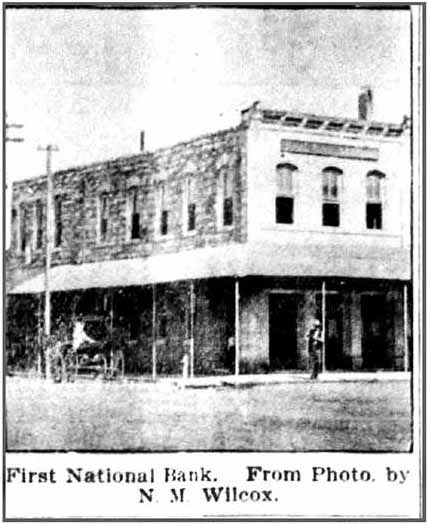 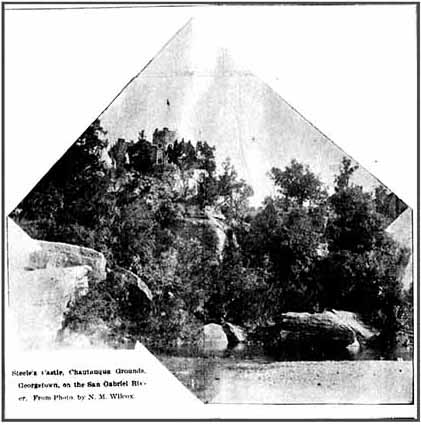 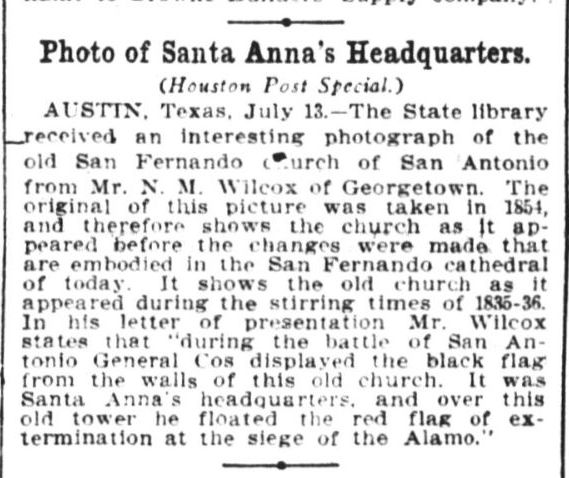 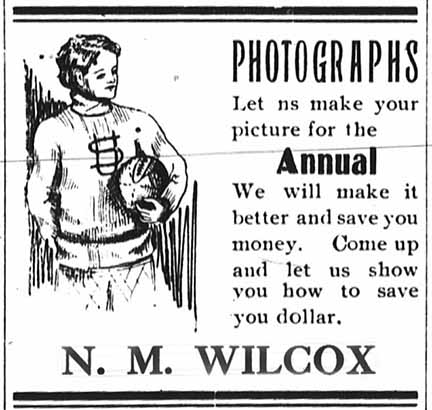 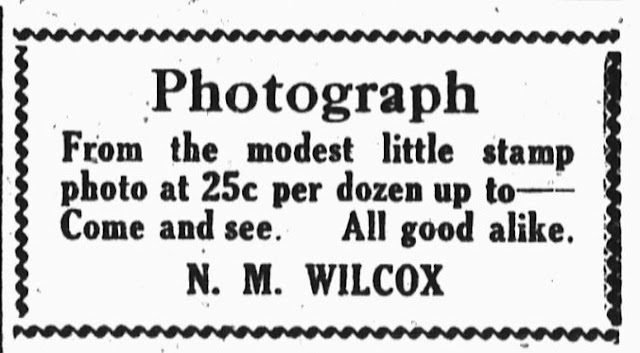 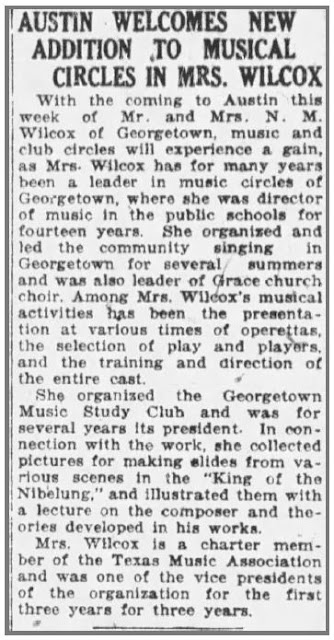 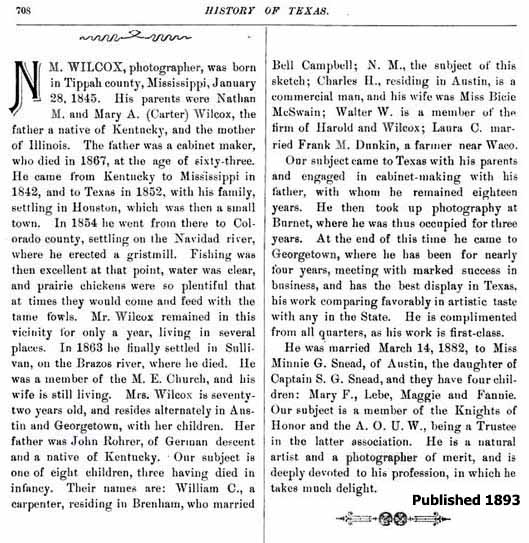 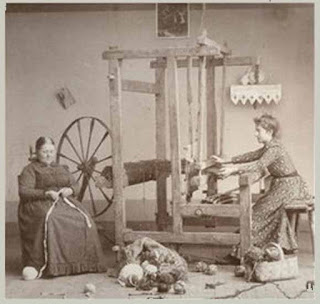 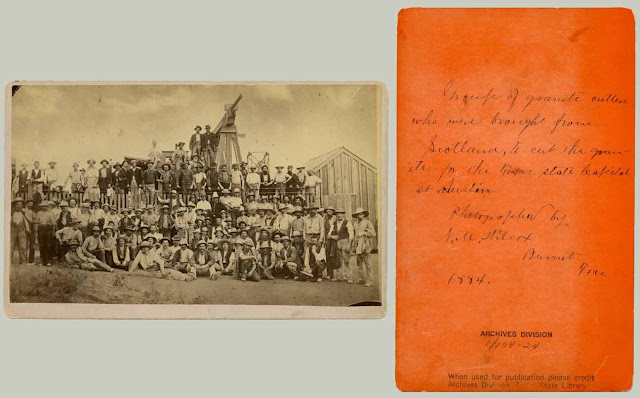