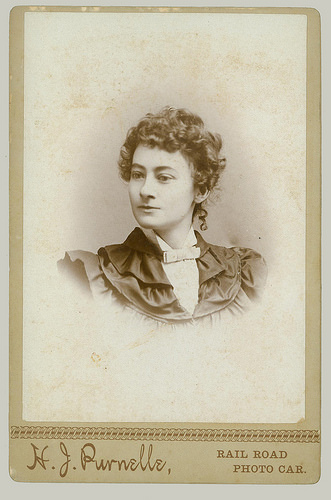 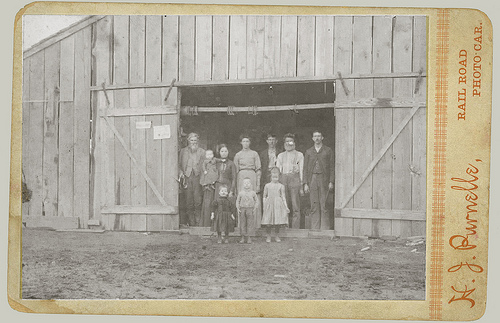 Not much has been found so far on this photographer. Research was plagued by record keepers who shifted back and forth between H. J., Harry and Henry for a given name. Sometimes it was the same person; sometimes it was a fork in the road.

His Railroad Car Photo Studio moved around often and so there are few city records of him. He visited smaller towns which often didn’t even have a city directory. And even if they did, the Railroad Studio didn’t stay long enough to get a listing in one. There are some little bits in newspapers but they don’t tell much about the photographer except his location on a specific date. One paper in 1894 even calls him Mrs. Purnelle and indeed his wife may well have been working with him.

The time line here is assembled mostly from small news items from local newspapers. Since the cabinet cards he produced are imprinted only with “H. J. Purnelle, Rail Road Photo Car” it is unknown where he was when the photographs were finished. 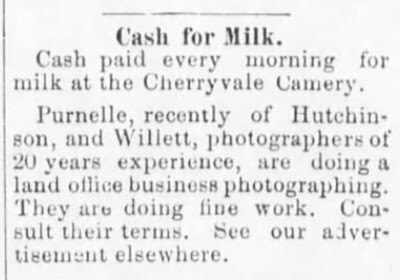 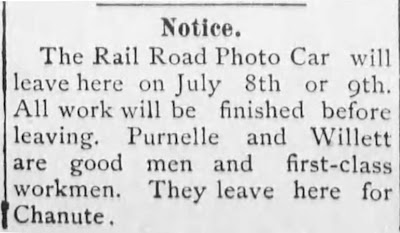 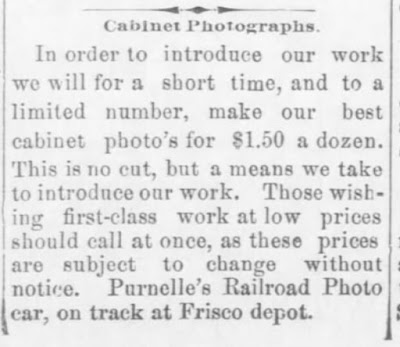 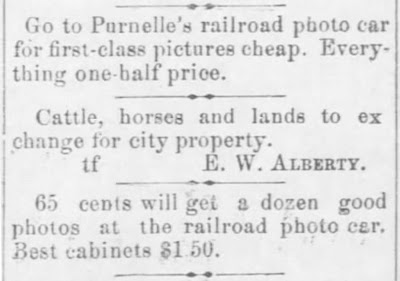 Note that in a town that perhaps has an established local photograph studio, the arrival of an itinerant competitor is not always good news. In the above clipping, the portion on the left is apparently a paid advertisement. 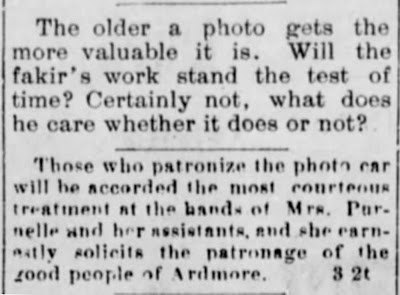 At the right are two more examples of the work of the Purnelle railroad car.

Note the backdrop scene in the first example is the same as the three in the next row. 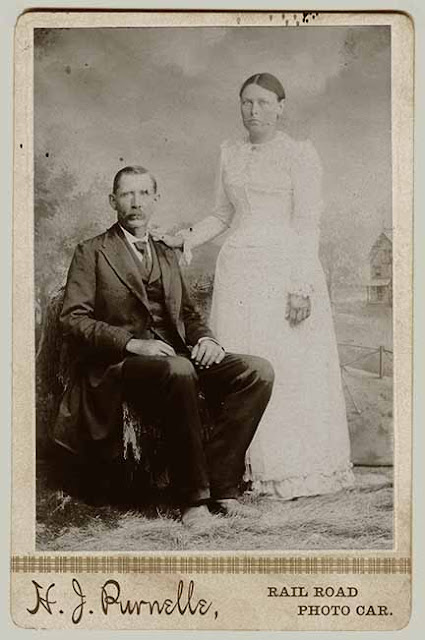 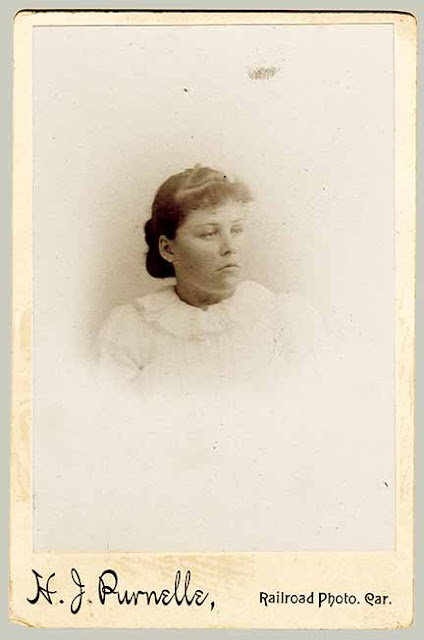 The three cards at the right are from one family collection. They are unidentified but it is quite likely they are all related in some way.


Note also that the third example has a different imprint design. It is probably the same studio however as the backdrop matches those used in cabinet cards identifying Purnelle as photographer. Of course it could have been done by another photographer after Purnelle gave up the railroad studio.

There were many such railroad galleries. There was one in Gainesville, TX, in the summer months of 1892 operated by the Saint Louis Art Gallery. 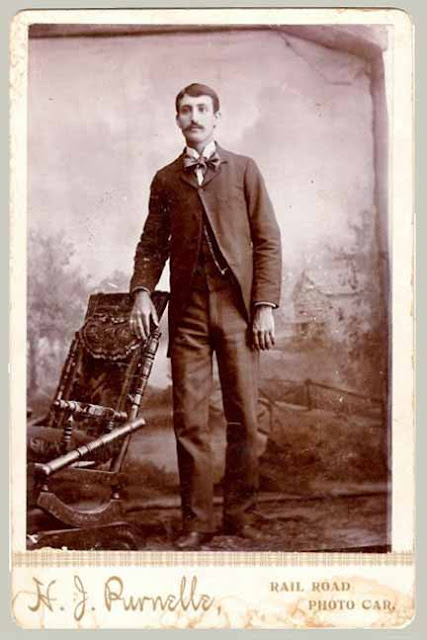 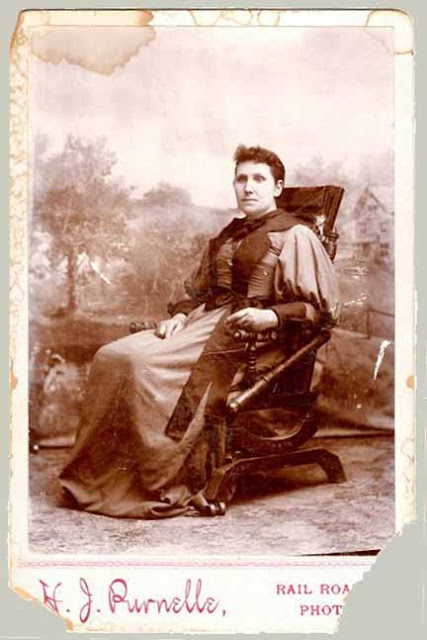 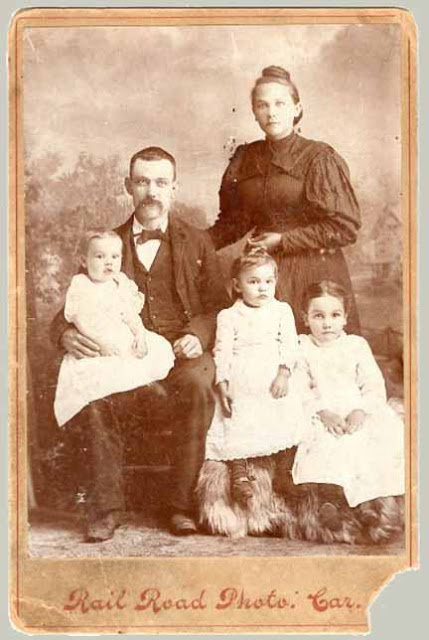 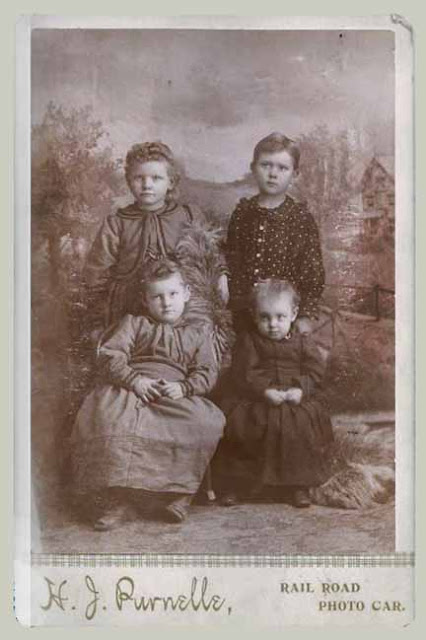 
The card at the right is owner dated on the reverse "1848" which is probably not accurate. The cabinet card format began around 1862, 14 years later. 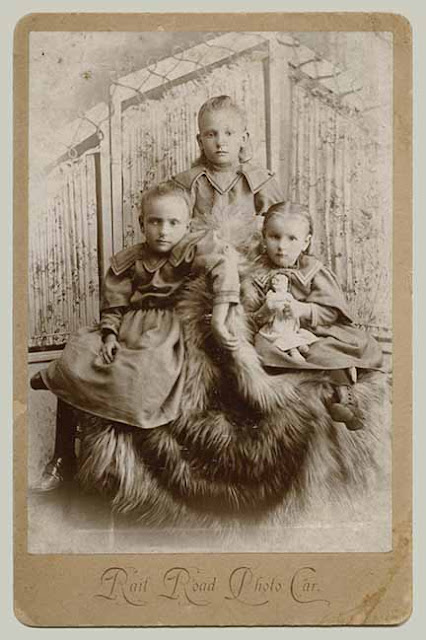