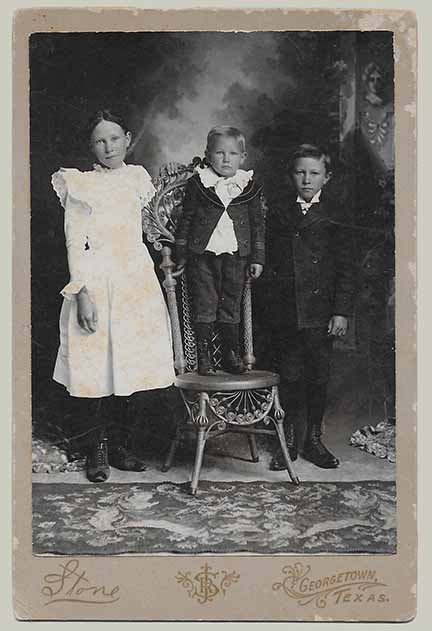 
Robert James Stone (September 18, 1869-July 28, 1953) was born in Chappell Hill, Washington County, Texas to Warren Thomas Stone (1814-1878) and Cornelia Meriwether (1833-1870). The parents had come to Texas from Alabama after the Civil War. Robert’s mother died before he reached his first birthday and his father died eight years later.

In the U.S. census of 1880, Robert is living with his half-brother, Thomas Benton Stone and family in Chappell Hill where Thomas was serving as President of Soule University.

A year later, in 1881, the family moved to Caldwell, Burleson, Texas where Thomas joined his half-brother, Wooten Meriwether Stone (1855-1945) in a drug store enterprise. Thomas and family lived in Caldwell until 1893 when they re-located to Georgetown, Williamson, Texas opening a drugstore that he owned and managed the rest of his life. There is evidence that Robert began his career in photography in Caldwell and may not have made the move to Georgetown with Thomas’s family in 1893.

A news item in The Galveston Daily News on March 2, 1893 reports that a fire began in


R. J. Stone’s photography gallery but, fortunately was extinguished before extensive damage was done. Also, there is an announcement of the organization of a lodge of The Knights of Pythias by a group of Caldwell men which includes R. J. Stone’s name. By 1896, however, Robert’s place of residence is noted as Georgetown in a list of guests at The Driskill Hotel in Austin.

The first advertisement found for the Stone Gallery appears in the September 9, 1897 issue of The Georgetown Williamson County Sun. The ad gives the location as being across from the Standpipe located by the Fire Hall on Main Street just off the town square.

In 1899 Robert advertises a carbon porcelain portrait. There is also a mention of an exhibition presented by The Farmers’ Institute in which he displayed several examples of his work. He employed two other photographers in 1899: W. P. Womble and S.M. Jimenez, according to a short notice in an October issue of the local paper, The Georgetown Williamson County Sun, but there is no further mention of either of them that has been found.

In the U.S. census of 1900, Robert is living at the Harrell’s Boarding House on Church Street and his occupation listed is photographer. Ads appear weekly in the local newspaper. In 1904 there is a short article that Stone, the photographer, has many University photographs on display at his studio and that he is working on the Annual for the school. This began a relationship with Southwestern University in Georgetown as the school’s photographer that lasted for decades. Robert was affectionately referred to as “Uncle Bob” by students and faculty, according to his obituary.

As the new century continued and the Kodak became popular, Stone Photography Studio offered cameras for rent and finishing of photographs taken. He continued photographing the citizens of the community and the county and appears to have been the only photographer in town for several years after N. M. Wilcox retired in 1921. In 1946, he was joined in the business by Lee Karr, who, in 1947, announced that the name of the studio would change from R.J. Stone Studio to Lee Karr Studio.


1893
Thomas and family move to Georgetown, Williamson, Texas. Robert stays in Caldwell and has opened a Photograph Gallery there. No opening date found.
1896
Robert is living in Georgetown.
1897
First ads appear in the Georgetown Williamson County Sun for Stone Gallery.
1898 July
Robert displays some of his work at The Farmer’s Institute show in Georgetown.
1899 October
News item notes that R.J. Stone has hired Mr. W.P. Womble and S. M. Jimenez to work in his gallery; Advertises a Carbon Porcelain portrait available at Stone Gallery
1900 U.S. Census
Robert is living at Harrell’s Boarding House on Church Street. Occupation listed: Photographer
1904
News item notes that Stone’s Gallery has many Southwestern University photographs on display and that he is busy working on the school’s annual 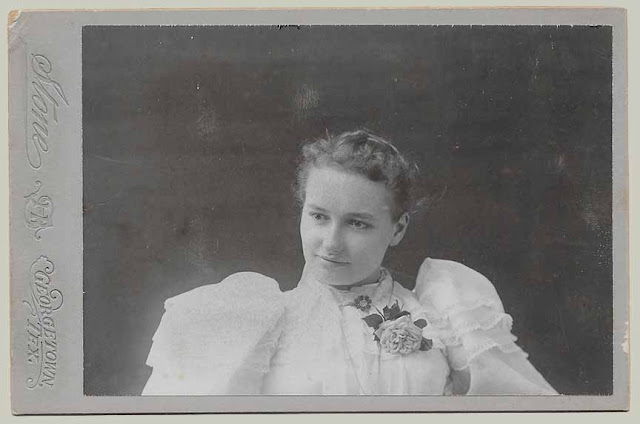 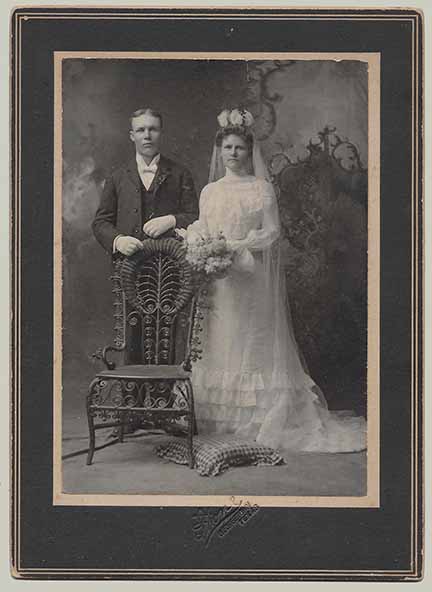 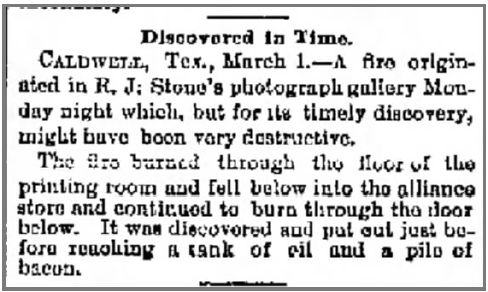 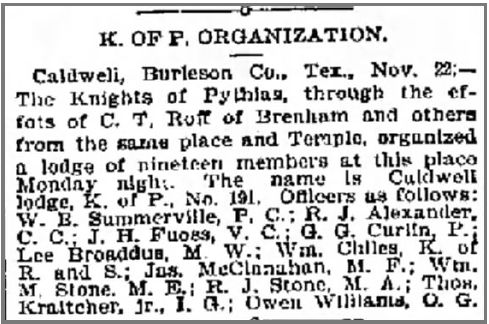 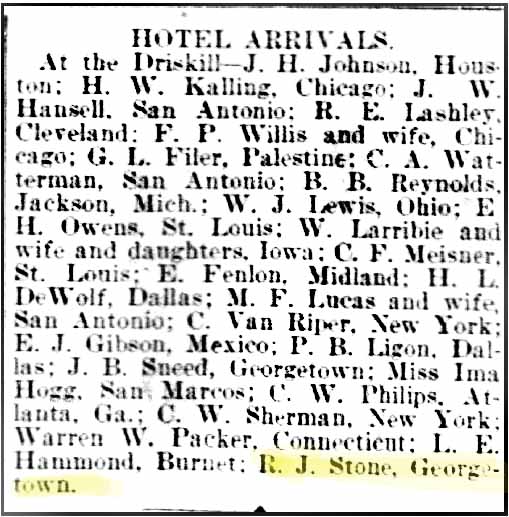 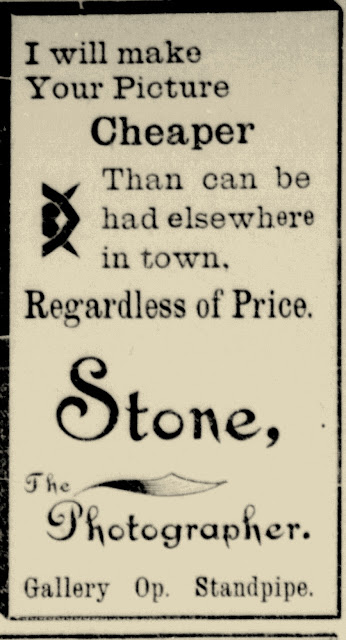 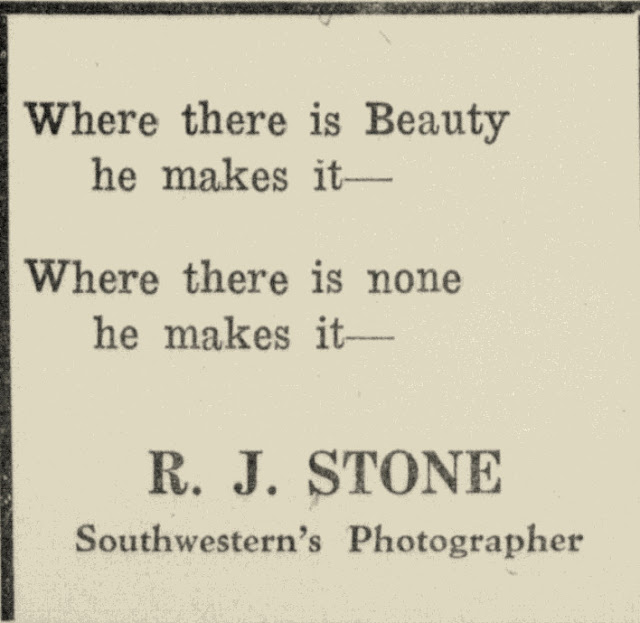 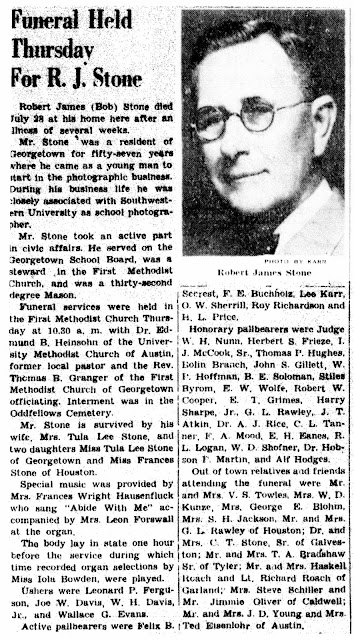 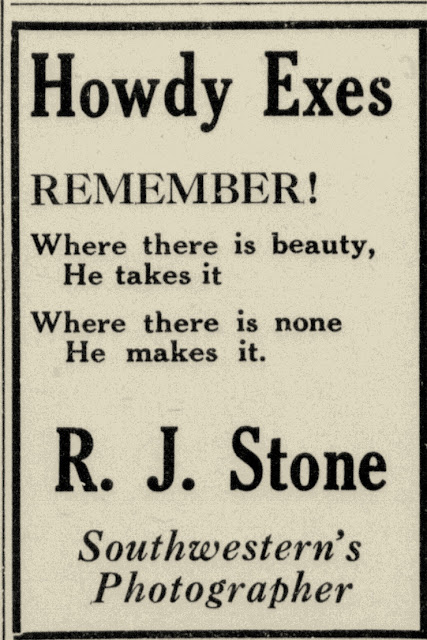 All examples, clippings and research on this page contributed by Ann Lind 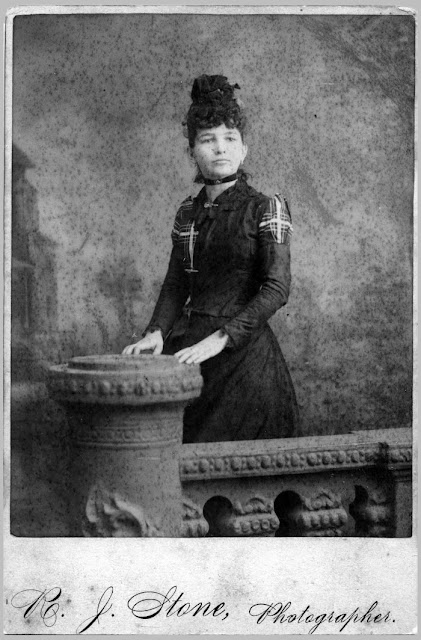 example from Portal to Texas History