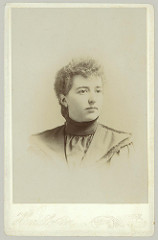 Cephas M Huddleston and his wife Carolyn worked as a photographic team. They didn’t seem to have a permanent studio but moved around, staying in a town for a week or two and then moving on or back to the home base in Spiceland, IN. Through newspaper items a few of his dates and locations can be established. The years between 1890 and 1910 are well documented.

There is a large collection of glass plate photographs by Cephas Huddleston at Indianahistory.org.


It is not pertinent to the history of C M Huddleston as a photographer as he was still a farmer in 1860, but interesting to note: Huddleston and his family were enumerated twice in that decade's census. On 03 Aug 1860, just ten days after being counted in Union, Indiana, the US census in Marion, KS, enumerated S M Huddleston, 28, farmer, 19 year old wife Carolyn and one year old son Foster. (“Cephas” was occasionally mistaken as being spelled with an “S”.) The 1860 US census lists son Foster as being born in “K T” for Kansas Territory. (Kansas did not become a state until 1861.) In all later documents Foster Huddleston is shown as being born in Kansas.

The cabinet card at the top could have been done as early as August of 1891. Although there is no further documentation, C M Huddleston and his wife probably visited the town several times during their travels between 1890 and 1910. 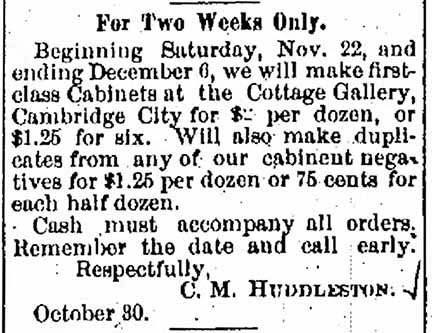 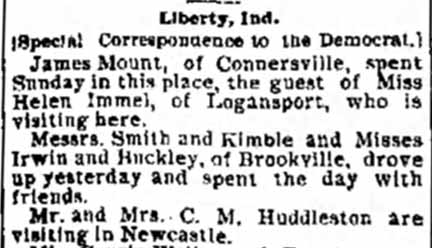 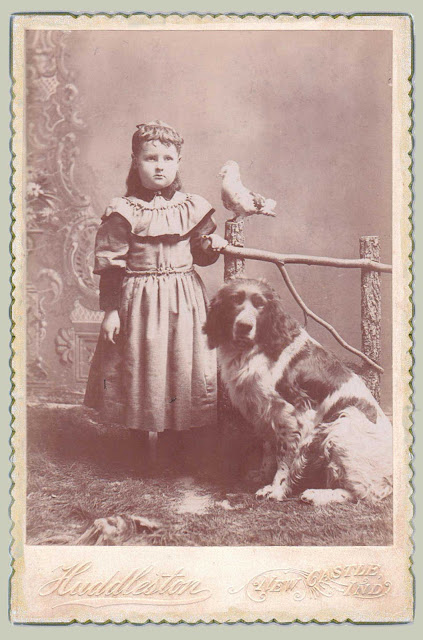 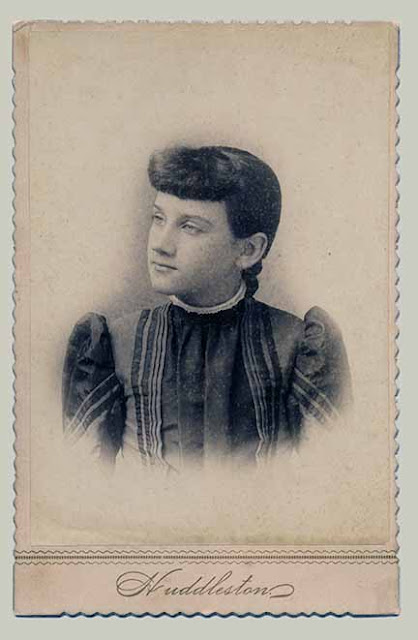 photographer: Huddleston
example from the collection of
Frank Suvari
this card is dated by the owner: 1891 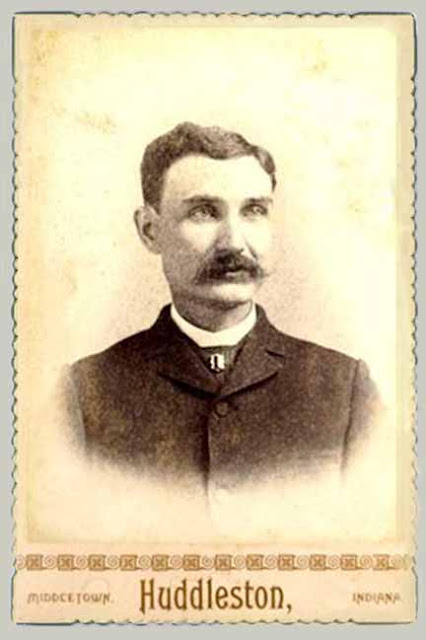