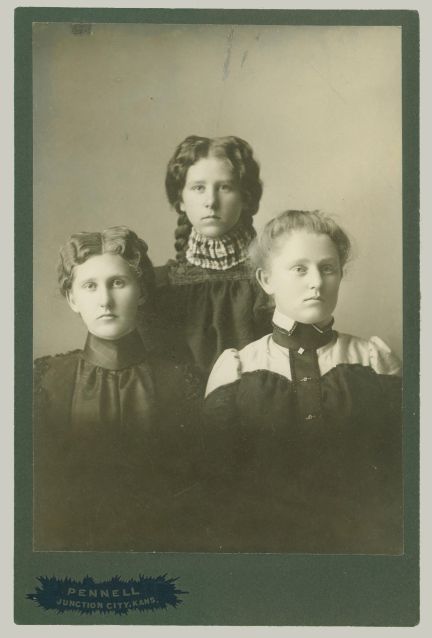 Source: The University of Kansas Libraries

The son of a confederate soldier, Joseph Judd Pennell was born March 9, 1866 in Kings Creek, North Carolina. When he was about 18, his father's business failed and the family could no longer afford the cost of private education in the North Carolina schools. A cousin returning from a trip to Kansas told of the good public schools in Kansas, so the decision was made to leave North Carolina and settle in Kansas.

In his first years in Kansas, Joseph Pennell worked as a carpenter making coffins for an Abilene undertaker.

His first venture into the business of photography began in March 1888, when he bought a half interest in a Junction City studio owned by L.A. Ramsour.

After a year of work in the studio he quit to travel through the countryside making photographs in his "photo car", probably a wagon with a darkroom set up in it. A year of touring the countryside gave him the desire for a more stable and permanent business, so he returned to Junciton City and entered a brief partnership with S.D. Hopkins.

At the end of a year, he opened a studio in partnership with Ed Zellner, whom he bought out two years later in 1893.

In 1898, he married Edith Stanley and their only child, Joseph Stanley Pennell was born in 1903.
As a photographer, Pennell was a success in both the business and the photographic world. His business grew enough for him to have a new studio built in 1907. The building is still in use in Junction City.

Along with his business success, Pennell achieved recognition and awards for his photography. His work was shown at the World's Fair in 1893 and at the St. Louis Exposition in 1904. It was also published in photographic journals and in popular magazines of the time such as Munsey's and Ladies Home Journal.

Pennell was active in his community, serving on the Board of Education, the Chamber of Commerce and in organizations such as the Rotary Club and Knights of Columbus.

Pennell continued to operate his studio until his premature death by blood poisoning at the age of 56 on April 3, 1922. His widow, Edith, kept the studio running for about a year, after which the negatives went into storage. Subsequently, the negatives became the property of Pennell's son, Joseph Stanley Pennell, the author of two novels based on his family history and life in Junction City, The History of Rome Hanks and The History of Nora Beckham.

Over the years, many of Pennell's classic photographs have made their way into print and on television, including a shot of a Junction City bar that became part of the opening credits to NBC's comedy series, "Cheers," which was set in a Boston bar.

Photographer. He was born in North Carolina in 1866, the son of a Confederate soldier. His family moved to Kansas in the 1880s to take advantage of the public school system.

As a young man Pennell went to work for a carpenter in Abilene, Kansas, but later became fascinated by the work of a traveling photographer. He worked with several different Junction City photographers while learning his craft, and eventually opened his own studio in the town in 1893. A new studio was built in 1907, and the building is still in use in Junction City.

Along with his business success, Pennell achieved wider recognition and awards for his photography. His work was shown at the World's Fair in 1893 and the St. Louis Exposition in 1904, and was published in photographic journals and in such popular magazines of the time as Munsey's and Ladies Home Journal. Pennell operated his studio until his death in 1922, and his wife continued it for a further year.

Junction City is a small town located near the geographical center of the continental United States. Most of the town's income came from supplying the area farmers and the nearby army post of Fort Riley.

Studio portraits of soldiers and townspeople made up the bulk of Pennell's work, but he was also hired to record activities and events throughout Junction City and Fort Riley He photographed school, church, and social functions, construction and town growth, the routines of the business and military worlds, disasters and celebrations - the triumphs and tribulations of a small town.

The Joseph J. Pennell Photograph Collection represents the life work of a Junction City, Kansas, photographer. It consists of 30,000 glass plate negatives made between 1891 and 1923, a period of great change in American life. The collection is part of the Kansas Collection, the regional history branch of the University of Kansas Libraries located in Lawrence, KS and open to the public from 8 a.m. to 5 p.m. on Monday to Friday.


Assembling a timeline for Pennell seems nearly impossible. Hundreds of newspaper ads and items indicate he traveled almost daily making a circuit of small towns in eastern Kansas around Junction City, KS. To date no cabinet card examples have been found with locations imprinted other than Junction City, KS.

He was an active photographer with his own studio from about 1893 to his death in 1922. A large part of his work was on-location photographs of life in Kansas and the military post at Junction City. 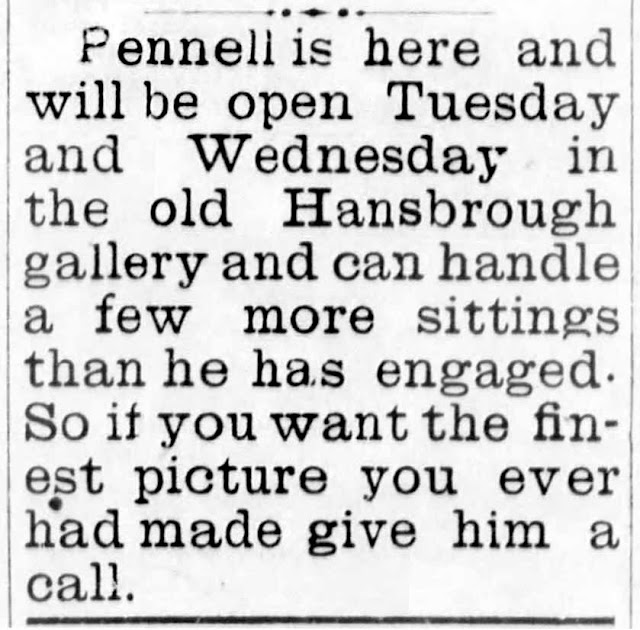 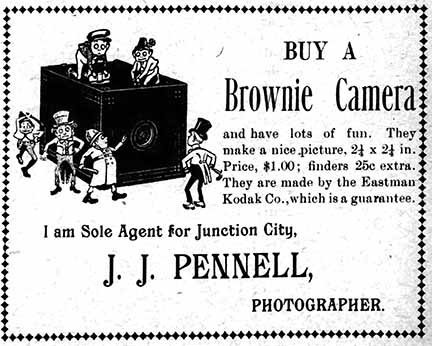 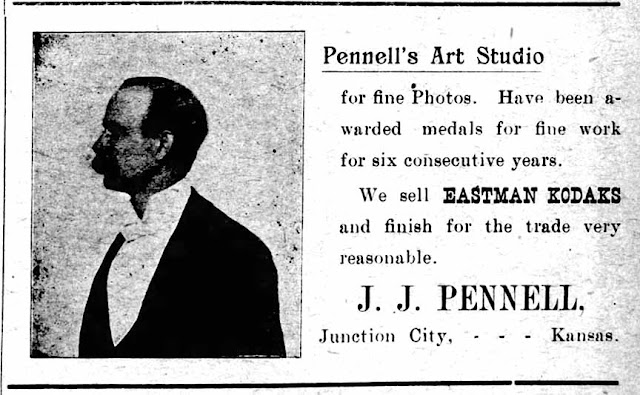 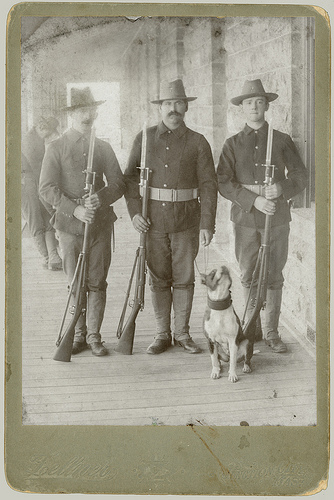 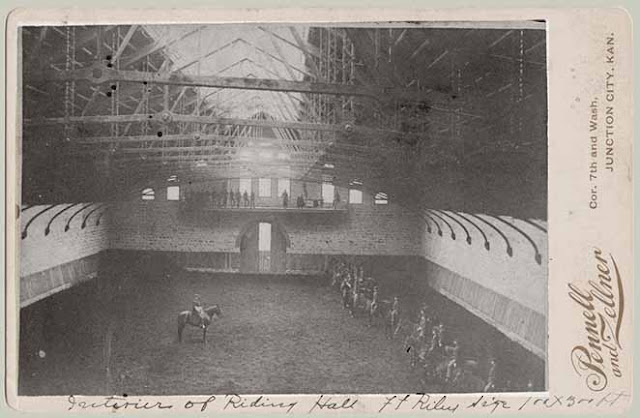 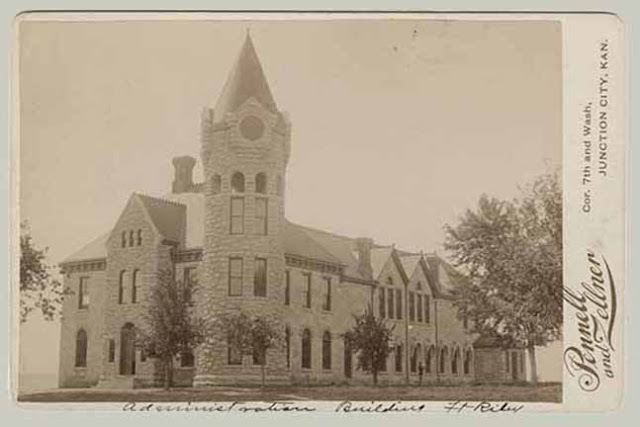