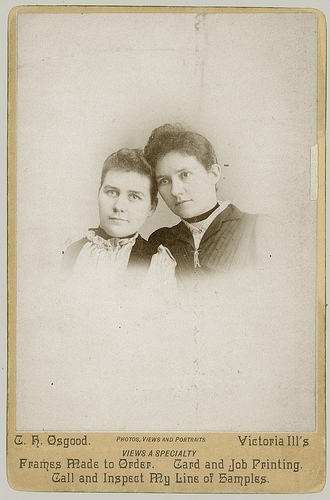 C. H. Osgood spent most of his life in Knox County, IL. He not only practiced studio photography but also ran a Photo Supply Shop where he made picture frames and sold radios.

Victoria, IL, is just fifteen miles from Galesburg so he could have had a studio there at any time but it was probably early in his career before he established the Photo Supply store in Galesburg.

This cabinet card is on very light stock and has squared corners so it was probably finished in 1880 or before.