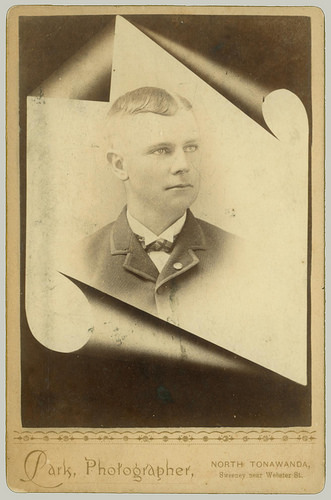 
There were several photographers named Park in New York in the late 1800’s. This photographer for this cabinet card is probably the one based in Buffalo, NY, just ten miles from Tonawanda, NY, a suburb really.

Although there is some confusion about his genealogical family structure, enough sources were assembled to give a picture of this photographer’s working life.

The cabinet card at the left must have been completed sometime between about 1884 and 1905.


The card on the right is stamped "Park" on the reverse. There is not enough information to connect this photographer with William J. Park. The awkward, and stiff pose is more the work of Oscar Howard Park. 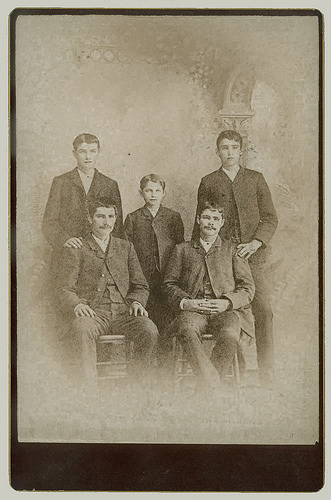