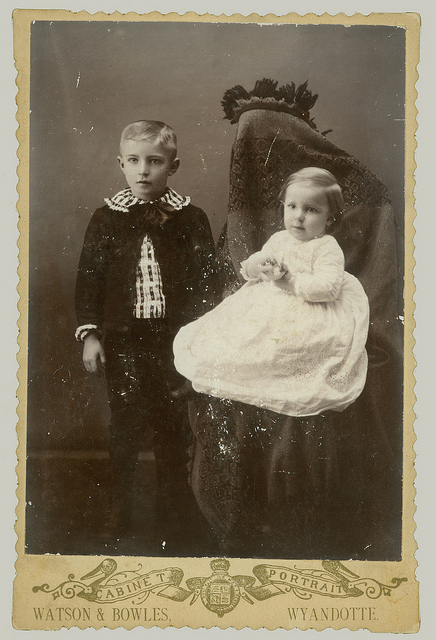 
1900 Jun 04
Wyandotte, MI, US census, Esther A Bowles as “widow”, no occupation shown
Note: throughout the records for Esther A Bowles, her marital status varies. She claims mostly to be widowed.
1902 May 15
Detroit (MI) Free Press, item says there was a fire at the photograph gallery of Mrs E A Bowles
1902 Jun
D V Tinder account and St Louis and Canada photography, vol 28 small item says the gallery of Mrs E A Bowles in Detroit, MI, was destroyed by fire
1902 Oct
D V Tinder account: Esther A Bowles advertises offering “Widows and Working Girls” special discount from Oct 16th to December 01, 1902; (copy of the actual ad has not been found)
1907
Wyandotte, MI, city directory, “Mrs” Esther A Bowles as photographer at 123 Biddle; res same
1910 Apr 20
Wyandotte, MI, US census and city directory, Esther Bowles “married” as photographer at 123 Biddle
1912 Jul 03
Bulletin of Photography, vol 11, news item says Mrs E A Bowles spoke briefly at a luncheon of the Woman’s Federation

Nothing has been found to establish exactly when Esther Bowles and Watson were actually working together. The most logical period would seem to be when Bowles was starting out in photography sometime before 1890. Although Bowles is always documented in Wyandotte, MI, and Watson always in Detroit, MI, the two cities are only 14 miles apart.

Between 1876 and 1880 J E Watson had other partners and assistants in the “Grand Central Gallery” also named “Land and Watson” and “Watson and Company”. Then in 1890, Watson moved to Portland, OR, for his health.

In any scenario, the partnership seems to have lasted only a short time, months, perhaps weeks. 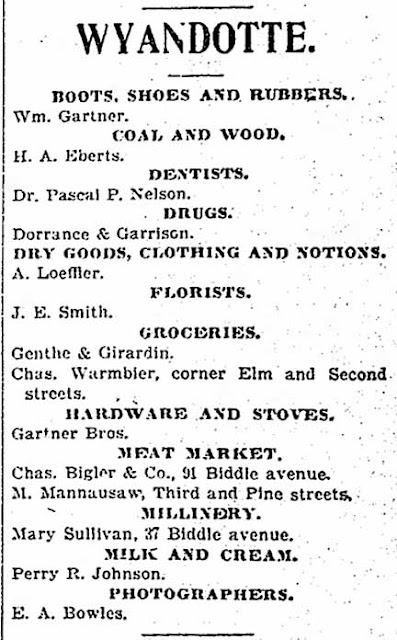 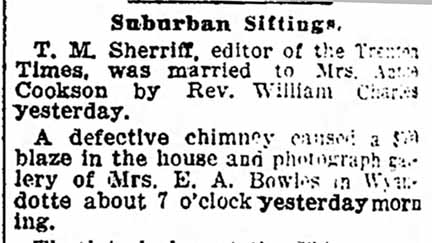 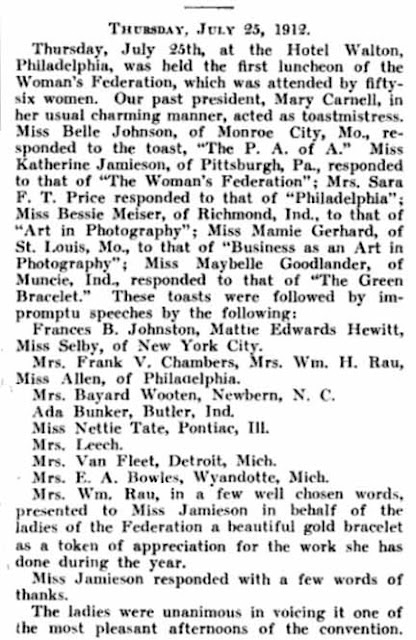 This studio portrait is not a cabinet card (actual dimensions not known) but is from the Bowles Studio in Wyandotte. The imprint is very faint. This one is probably from after 1900, perhaps even 1910.

Examples of the work of Esther A Bowles are apparently a bit scarce. 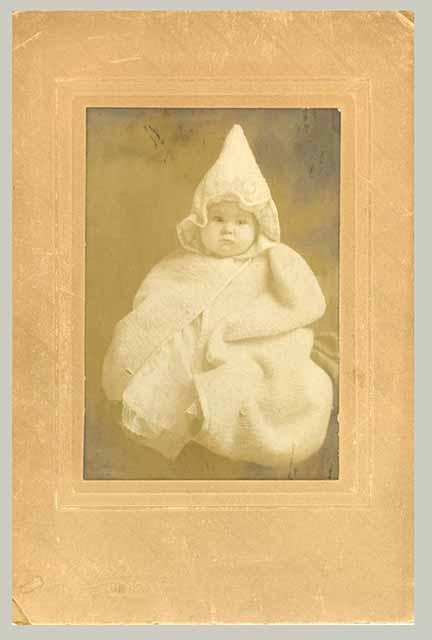 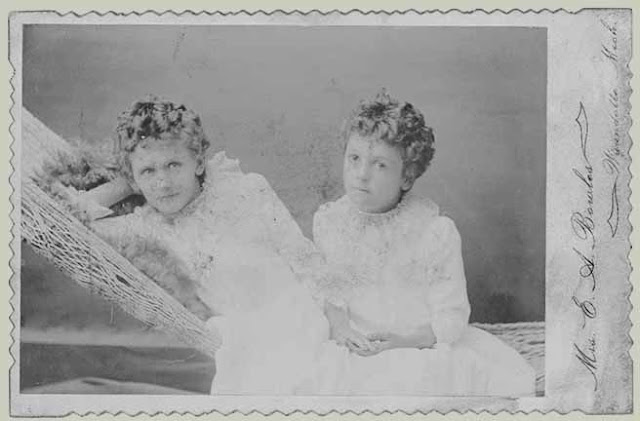 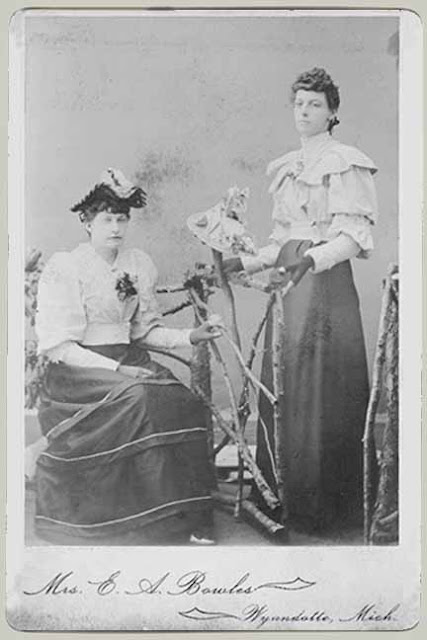 
Thanks to contributor M Reed for a scarce example from this photographer!

Dating these cards based on the style of he card and the imprints.

The straight edged card could be assumed made before the deckled edge card. But the cabinet card era photographers were known to use up older card stock whenever possible, so it's still a very shaky assumption. Basically, the plainer the card, the earlier it was probably finished.

The logo imprint is more difficult to reconcile. It is the same on both cards. Some photographers, especially the itinerant ones, imprinted their own card blanks. But many ordered them in hundreds, pre-cut and imprinted, from a photo supply or a local printer. The photographers often changed imprint designs with each order. This could mean that these two cards were possibly made within a few hundred cards of each other.

All things considered, the two could even have been finished the same day. That itself is not unusual. Families often went to the photographer's studio in groups and had several poses with different combinations of relatives done.

Based on just the appearance of the cards and the known history of photographer Bowles, they were possibly made circa 1895, but one can see there are many conditions that could stretch that a decade either way.