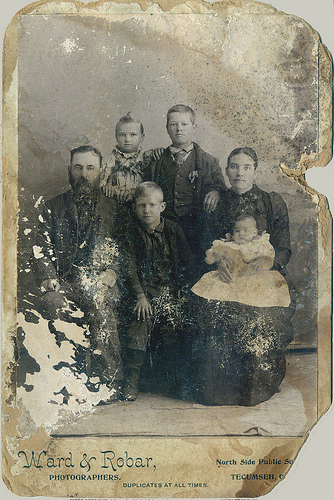 
George Robert Ward was born 23 Feb 1858 in Rutherford Obion, TN. There is some evidence that he opened a studio in about 1880.


The earliest record of his presence in Oklahoma Territory is 12 Oct 1889, when his daughter Violet M. Ward is born.

There was no city directory for Tecumseh, OK, so it is impossible to tell what years his studio was operating in Oklahoma, but according to the US census of 1910 he is still a photographer in Tecumseh.

A page by page search of the 1920 US census of Pottawatomie County, OK, did not find George Robert Ward but found wife Nina and son George E. Ward. George may have been traveling with his camera to neighboring towns.

George was not found in the 1940 US census. So far, there is no evidence of when he partnered with James J. Robar. Only one US census has found Robar, living in Stillwater, OK in 1900.

The best scenario would put them together between 1899 and 1910. 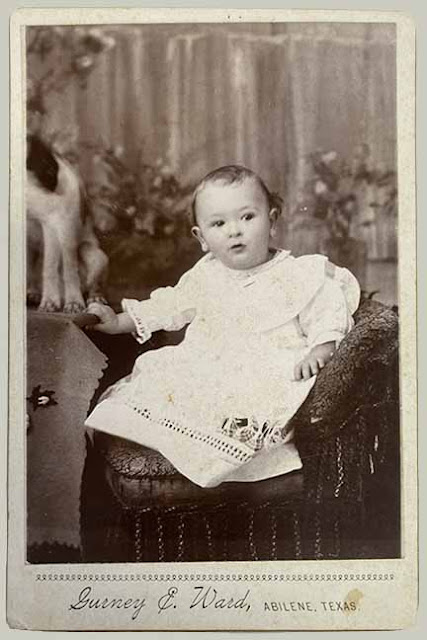 photographer: Gurney E Ward
Abilene, TX
example from auction site
(so far no connection has been made
to George Robert Ward)