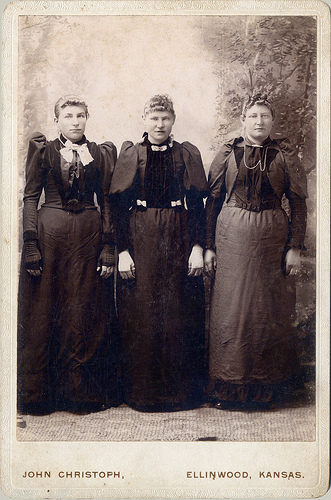 
John Christoph (1862-1925)
It appears that photography was only a sideline for John Christoph most of the time. He apparently had some real estate holdings that kept him busy. He also served as Police Judge for several years.

Ellinwood, Kansas, is a small town and so portraits by John Christoph will be somewhat rare. A newspaper item indicates he sold his studio in 1911 but it is not clear if that included his equipment.