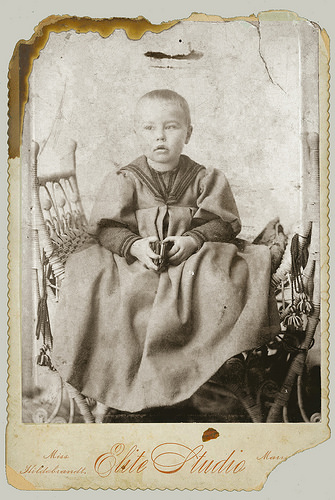 Photographer: Miss Hildebrandt
Elite Studio
Mar?
(Note the same prop is used in the example from UMKC, below)


Paulina Josephine Hildebrandt was a photographer as “Miss Hildebrandt” in Marysville, KS, for only a short time. The 1 Mar 1895 Kansas census lists her as photographer. The following year, 1896, in December, she marries Dorrance F. Butler, also a photographer.

The nearest record of Paulina Hildebrandt before 1895is the Kansas census of 1885 when she was 14 and still living with the family on the farm. The earliest that can be assumed she began business as “Miss Hildebrandt” would be when she was about 20 years old or in 1891.

Dorrance Butler, Paulina’s future husband, had a photograph studio in Clay Center, KS for several years. According to a small news item in the Clay Center Times, 9 Mar 1893, he sold the studio and apparently moved to Marysville, KS.

This photograph must have been finished in the 6 years between 1891 and December of 1896 and most likely later in that period than earlier. 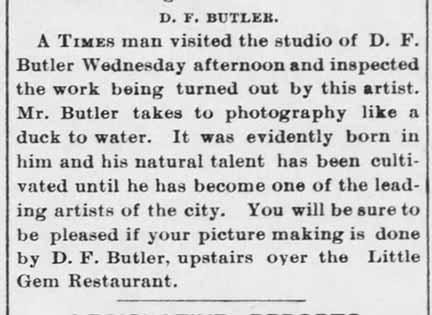 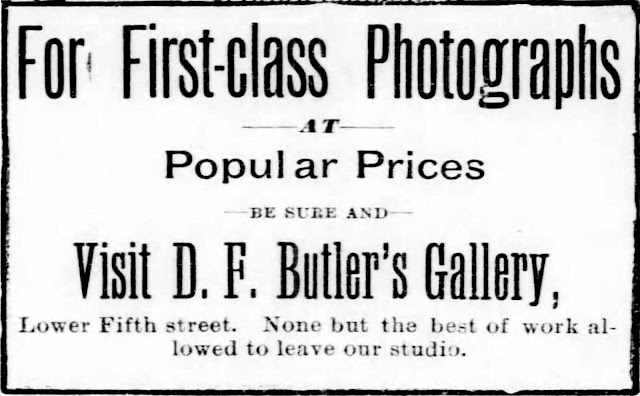 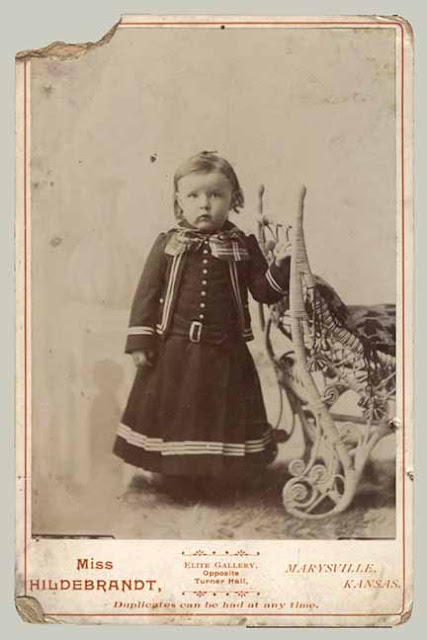 photographer: Miss Hildebrandt
Opposite Turner Hall, Marysville, KS
example from UMKC library
(Note the same prop is used in the card at the top.) 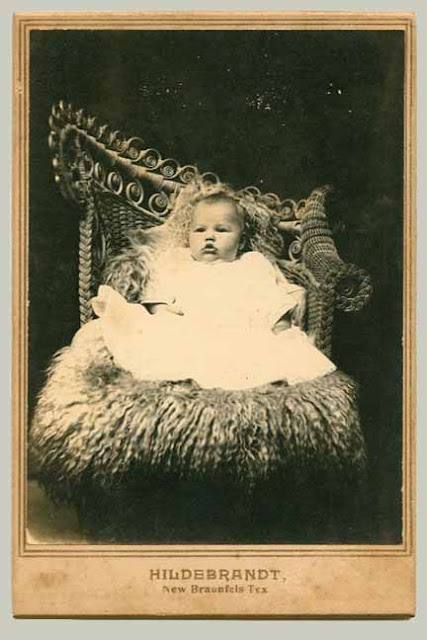 photographer Hildebrandt
New Braunfeld, TX
example from auction site
So far no connection has been made to the Hildebrandt of Marysville, KS