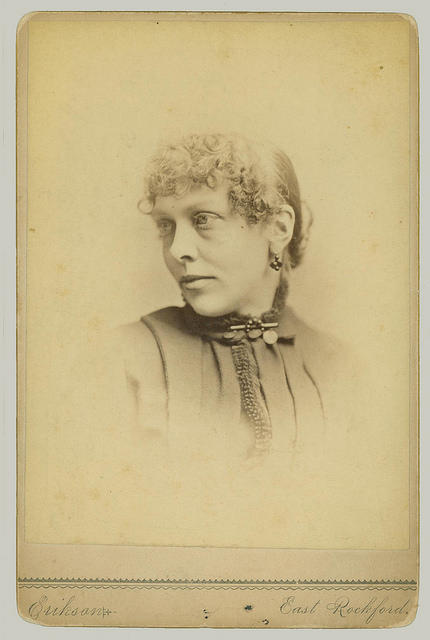 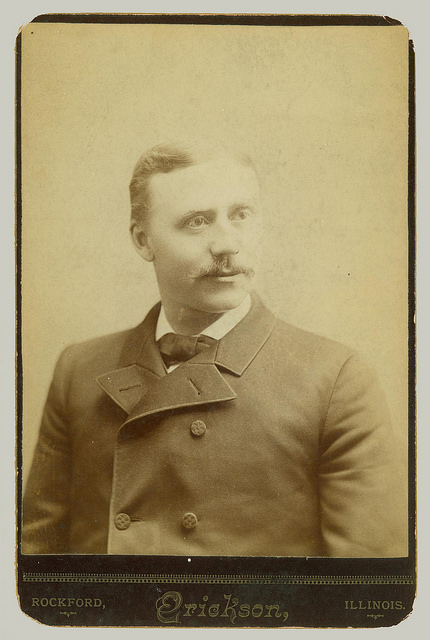 In the decades of the cabinet card, there were a dozen or more photographers named Erickson.


Charles L Erickson is most often listed as “Commercial Photographer” so it is possible that he never did any portrait work.

The best candidate seems to be Erick Erickson. Erick appears steadily as a photographer in Chicago city directories except for a two year drop out in 1898 and 1899. Possibly he worked in Rockford, IL, at that time. There are no records to prove this.

But any of these three could have made the 70 or so mile trip over to Rockford, IL, to spend a few days or weeks or months in a rented studio, making cabinet card portraits. The available Rockford city directories never list an Erickson, photographer.

No conclusions based on the location of the photographer can be made to date the cabinet cards shown here. The style of the cards would suggest 1886 - 1895.