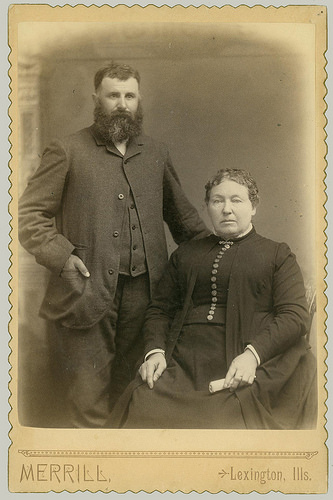 Stephen Merrill was thirty years older than most of the cabinet card photographers, who were born around 1860.

No newspaper ads were found and only one city directory listing was found so Merrill’s movements are left rather hazy. Except for the one listing in the 1989 Bloomington, IL, city directory, he appears to have spent all his life after 1860 in Lexington, IL. 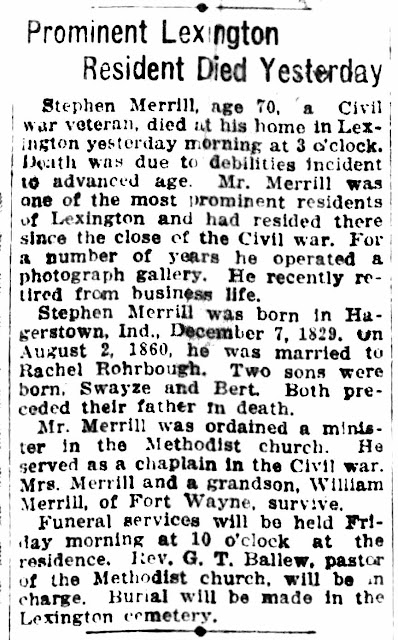 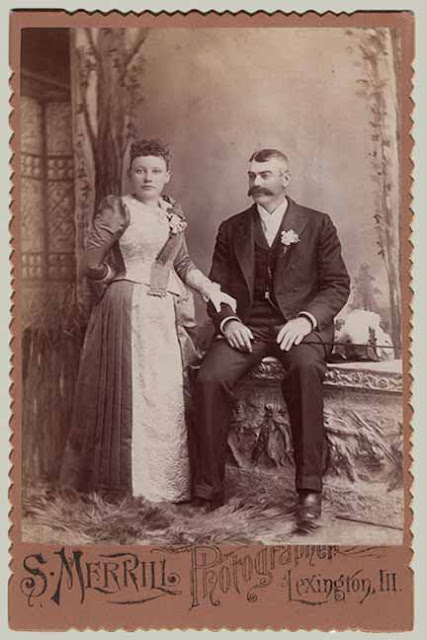